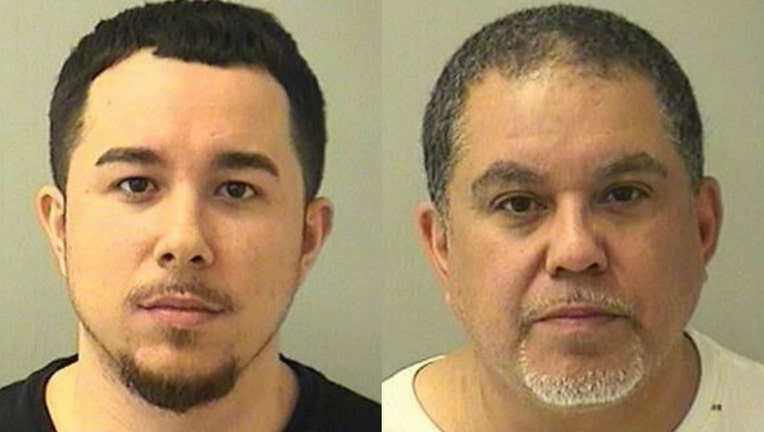 AURORA, Ill. - A man and his son are facing charges after authorities allegedly found marijuana and cocaine in their home in an unincorporated area near Aurora.

Hector Reyna Jr. was charged with possession of 100-500 grams of cannabis, the sheriff’s office said.

A month-long investigation into drug activity culminated in a search Tuesday at a home in the 200 block of Parkside Avenue, the sheriff’s office said. Authorities found three pounds of marijuana, 2.5 grams of cocaine, a loaded gun and more than $11,000 in cash.

Detectives found no sign that the cannabis had been purchased at a legal dispensary, and supplies for packaging and delivering drugs were found in the home, the sheriff’s office said.

The elder Reyna is being held at the Kane County Jail on $30,000 bail and is set to appear in court March 18, according to county records. Reyna Jr. was released on a recognizance bond.