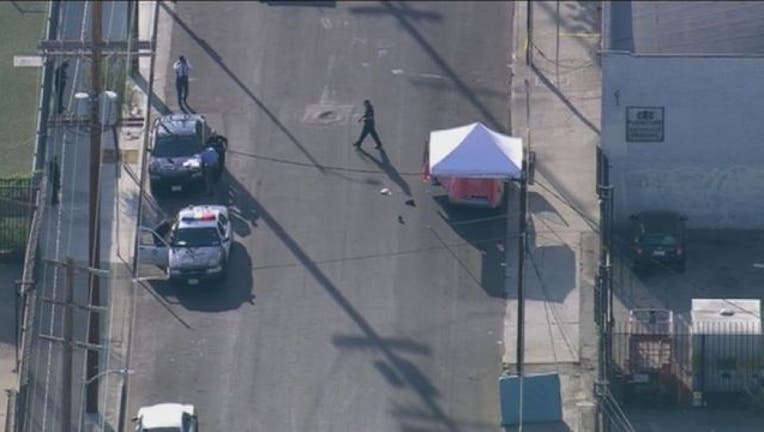 Los Angeles police say a man is suspected of stabbing his three sons to death before apparently stabbing himself in the chest early Wednesday.

LAPD Chief Charlie Beck told reporters that police responded to the scene in South Los Angeles, near the University of Southern California, just after 7 a.m. local time Wednesday after receiving a 911 call reporting an assault with a deadly weapon.

When police arrived, Beck said they found a man in the front seat of a silver SUV with a stab wound to his chest. The bodies of the man's three sons, who were between 8 and 12 years old, were in the back seat. They had been stabbed multiple times.

"I walked over towards the vehicle and I saw an individual slumped in the seat. As I started to get a little bit closer I saw blood all over him," witness John Sorrentino told KTLA. The one boy I saw face to face, he had blood all over him."