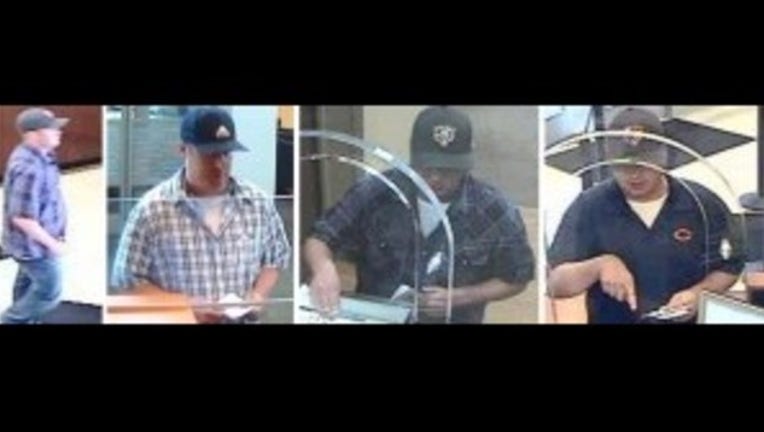 CHICAGO (STMW) - The FBI announced Thursday a reward of up to $5,000 for information leading to the arrest of the “North Center Bandit,” who is suspected of robbing at least four banks in the neighborhood.

The most recent robbery happened at 4:09 p.m. Tuesday at the Chase Bank branch at 3335 N. Ashland, according to the FBI. The suspect, wearing a black suit, entered the bank, passed the teller a note and left with an undisclosed amount of cash, according to Chicago Police. He had no weapon and no one was hurt.

He hasn’t shown a weapon during any of the robberies, but the FBI warns he should be considered armed and dangerous.

Anyone who recognizes the “North Center Bandit” or has information about his whereabouts is asked to call the FBI at (312) 421-6700 or local police.