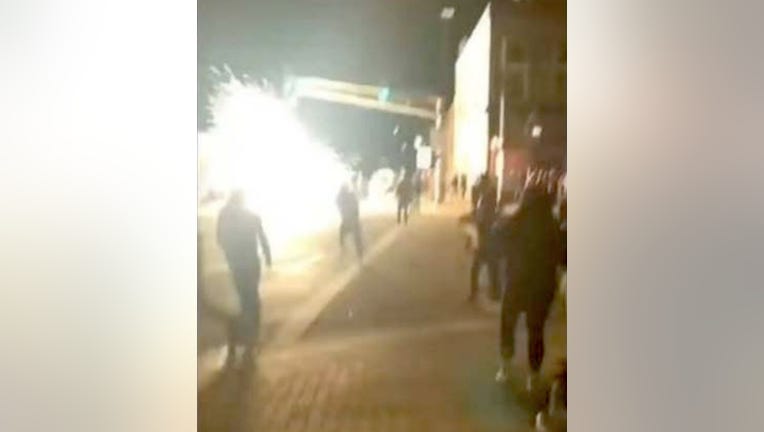 A frame of video posted to Facebook shows a firework explode near Naperville police during a June 1, 2020, protest in the western suburb. (U.S. Attorney’s Office)

NAPERVILLE, Ill. - An Aurora man was arrested Friday for allegedly throwing a firework at police during a Naperville protest, setting off an explosion that led to looting and vandalism in the western suburb.

Christian Rea, 19, was captured on video throwing the explosive at police June 1, according to a criminal complaint filed in federal court. Some officers were left “temporarily stunned, with several officers suffering momentary blindness and hearing loss for several minutes,” the complaint states.

The explosion marked the beginning of vandalism and looting in downtown Naperville after a day of peaceful protesting following the death of George Floyd at the hands of Minneapolis police, according to the Daily Herald. After the explosion sent protestors scattering, a group of people remained in the downtown area and broke windows at more than a dozen businesses, Naperville police Cmdr. Mike Son told the Herald. 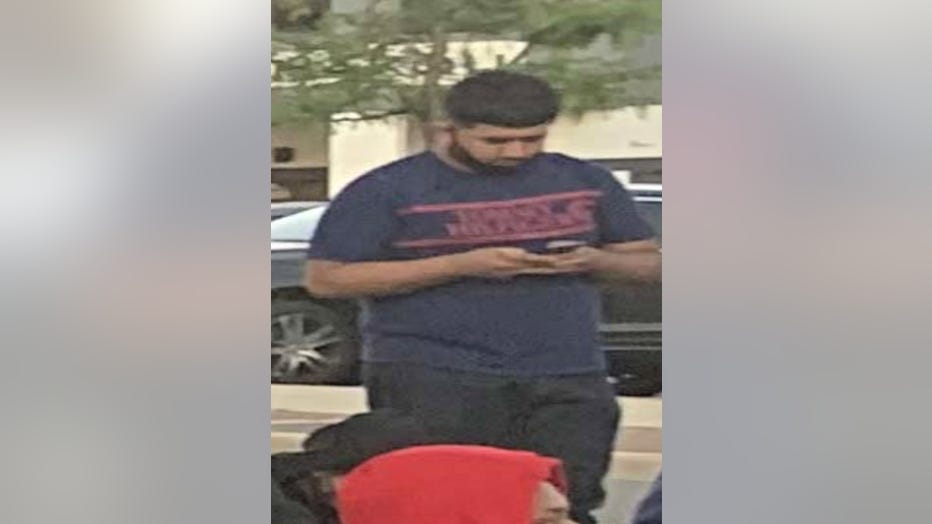 “This appeared to be a different group,” Son said. “They weren’t protesting the same way the other group was.”

Video of the protest shows an explosion about 9:35 p.m. near a moving police vehicle at the intersection of Chicago Avenue and Washington Street, about a half hour after Naperville’s 9 p.m. curfew went into effect and many protesters had left.

The criminal complaint against Rea explains how federal agents used video and photos posted on Facebook to identify the suspect. 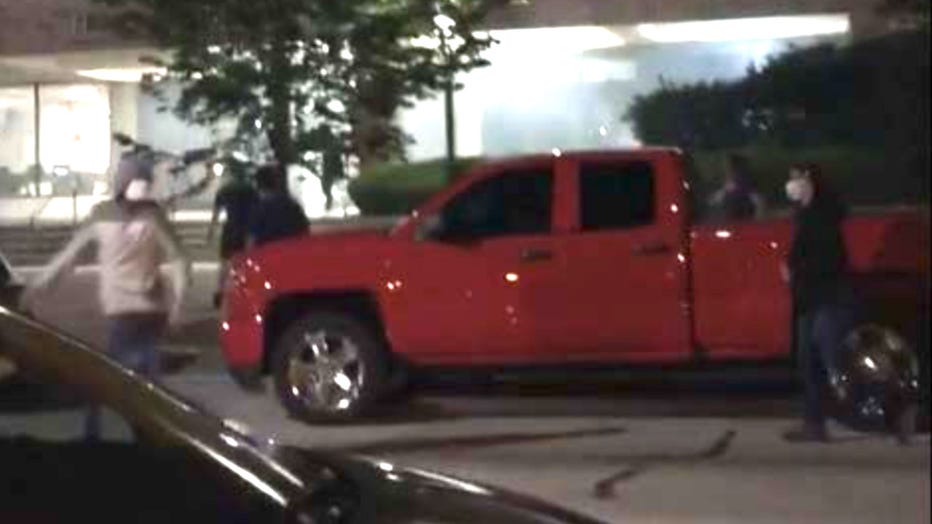 One photo posted to Facebook June 2 shows a man wearing a blue Tommy Hilfiger shirt tossing what the poster called a “(very large) firecracker at the cops” preceding the explosion by the police vehicle, the complaint states.

The next day, police interviewed the person who posted the photo, but didn’t learn the suspect’s name. The owner of the Facebook account shared more photos and videos of the protest with police that allegedly showed the man in the blue shirt entering a red truck’s passenger door and drive off. Police ran the truck’s license plate and identified a home in Aurora and a resident thought to be about suspect’s age, the complaint states. 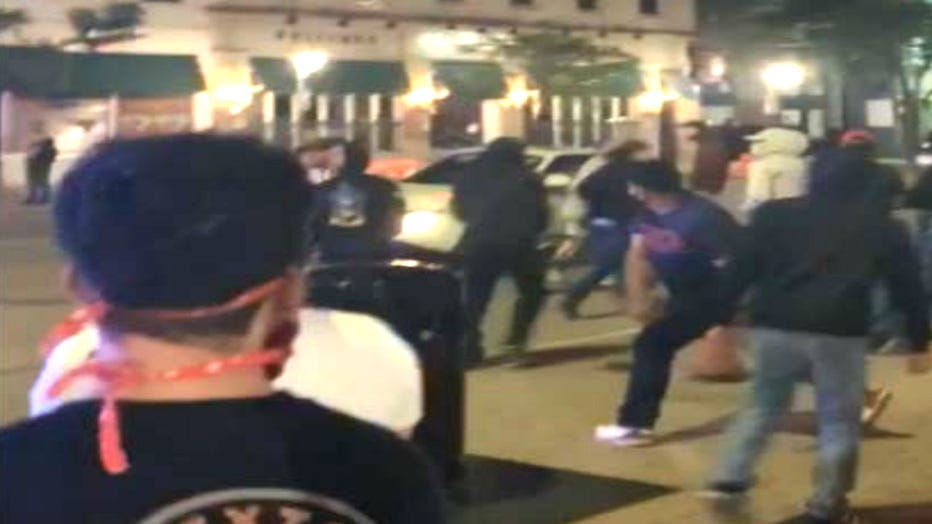 Police then searched the resident’s name on Facebook, searched through his list of friends and found an account belonging to “El Rea,” who appeared to be the same person who threw the firework in the video. Photos on the “El Rea” account, which belongs to Rea, allegedly show him with the red truck seen in the protest video.

Police also used credit reports and the state’s driver’s license database to identify Rea as the person in the video, the complaint states. 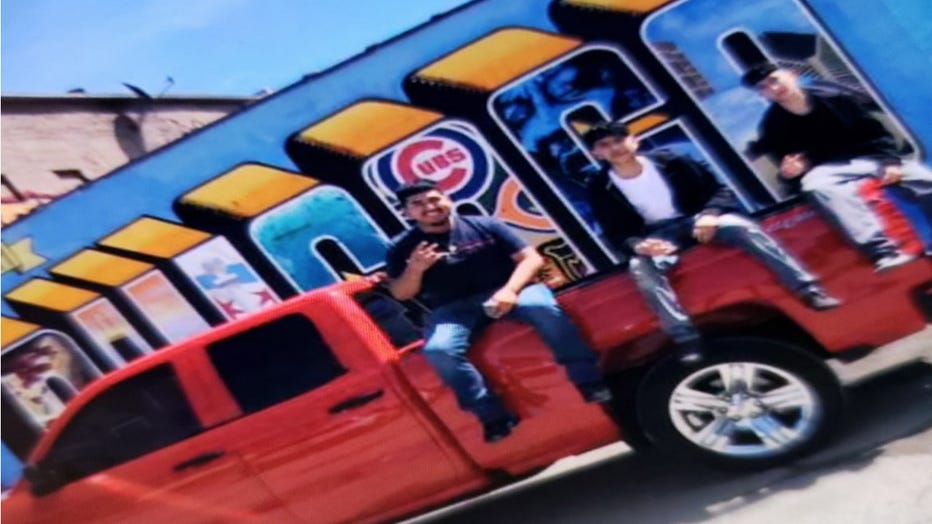 A photo from Christian Rea’s Facebook account allegedly shows him photographed with the red truck captured on video at the Naperville protest. (U.S. Attorney’s Office)

On Thursday, law enforcement searched Rea’s Aurora home and found clothing matching what the suspect wore in the video, the complaint states. Rea also allegedly confessed to police about throwing the firework.

“Federal law enforcement will use all tools available to hold accountable individuals who interfere with law enforcement officers performing their duties during a civil disorder,” U.S. Attorney John Lausch said in the statement.

Rea faces one count of civil unrest, a charge punishable by up to five years in prison.