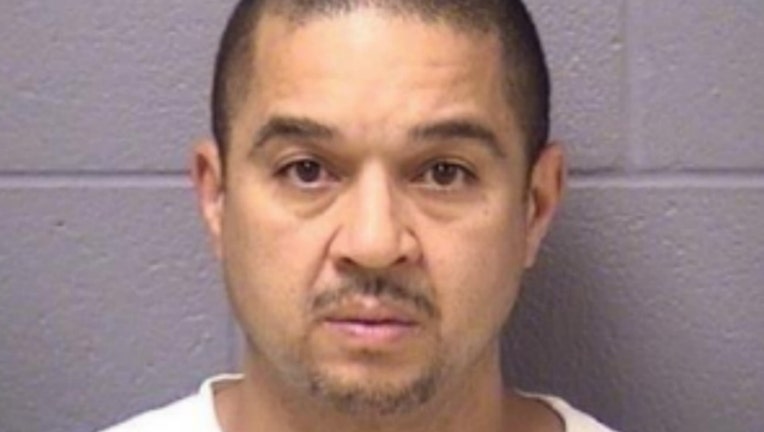 CRETE TOWNSHIP (Sun-Times Media Wire) - A twice-convicted murderer was sentenced Friday to life in prison without parole after being convicted in the 2014 killing of an elderly man in south suburban Crete Township.

Jesus Larosa, 50, was found guilty in March of three counts of first-degree murder in the slaying of 85-year-old Alfred Hilton, according to a statement from the Will County state’s attorney’s office. Larosa, who previously served 20 years for another murder conviction, was free on parole when he killed Hilton.

“This heinous crime was committed by a ruthless killer with no regard for human life,” Will County State’s Attorney James W. Glasgow said. “It is only fitting that this depraved individual who took the life of a helpless senior citizen and another person before that should spend his remaining days staring at the barren walls of his maximum security prison cell.”

On May 14, 2014, Larosa beat Hilton and strangled him with a telephone cord inside his home in the 3200 block of Bemes Road, prosecutors said. Hilton’s body was found later that day after he failed to show up to a church event.

Prosecutors said the home had been ransacked and noted that two televisions and a BB gun were stolen.

In March 2016, a tip helped detectives identify Larosa as a suspect, and a warrant was issued for his arrest, prosecutors said. Larosa then fled to Alabama before being taken into custody a month later in Dallas, Texas.