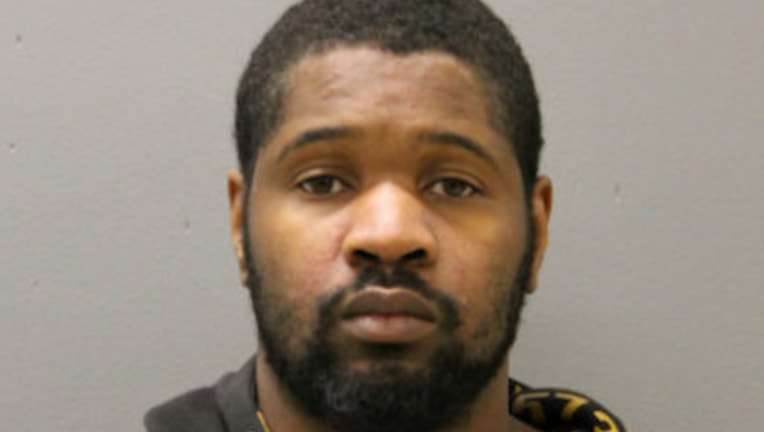 CHICAGO (SUN TIMES MEDIA WIRE) - Bail was denied Sunday for a felon who allegedly grabbed a handgun from a woman's bag and attacked a man with it when he tried to rob the couple as they were having sex inside a parked van in South Chicago.

Jonquae Winston, 30, of Kankakee, is charged with felony counts of attempted armed robbery and aggravated battery causing great bodily harm in the attack Friday in the 8500 block of South Colfax Avenue, according to Cook County prosecutors and court records.

About 9:30 a.m. that day, the couple was in the last row of the van when Winston opened the driver's side door and said, "Give me everything," according to prosecutors. When the couple told him they had no cash, he allegedly rifled through the woman's bag and found a revolver.

After dragging the 26-year-old man out of the van by his hair, Winston let off three shots that nearly hit him, prosecutors said. Then, Winston allegedly started beating the man with the butt end of the gun and a scuffle ensued.

Patrolling officers that heard the gunfire broke up the fight and arrested Winston, prosecutors said. Court records show the injured man was taken to South Shore Hospital, where prosecutors said he received stitches to his forehead and was treated for bruising and swelling.

Prosecutors noted that Winston was previously sentenced to 6 years in prison after being convicted of a 2007 aggravated robbery in Kankakee County.

In addition to denying Winston bail, Navarro ordered him to stay away from the man he allegedly attacked. Winston is set to appear in court again Friday.