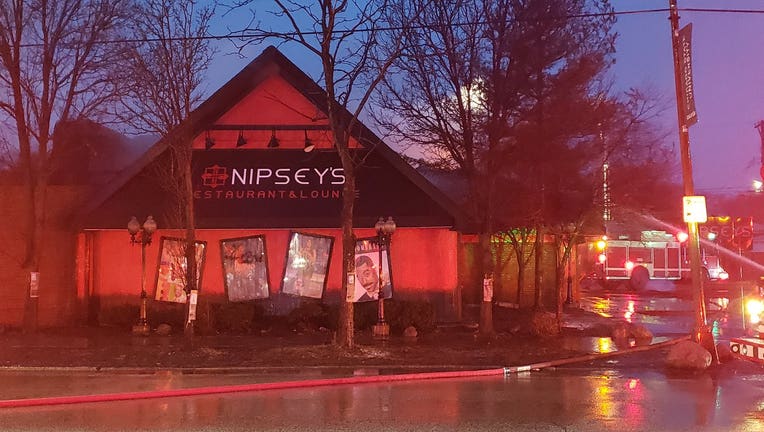 CHICAGO - No one was injured in a fire Monday morning at a restaurant in Calumet Heights on the South Side.

Crews responded around 6 a.m. to a fire at Nipsey’s Restaurant and Lounge, at 9156 S. Stony Island Ave., according to the Chicago Fire Department.

The fire was extinguished about an hour later, the fire department said.