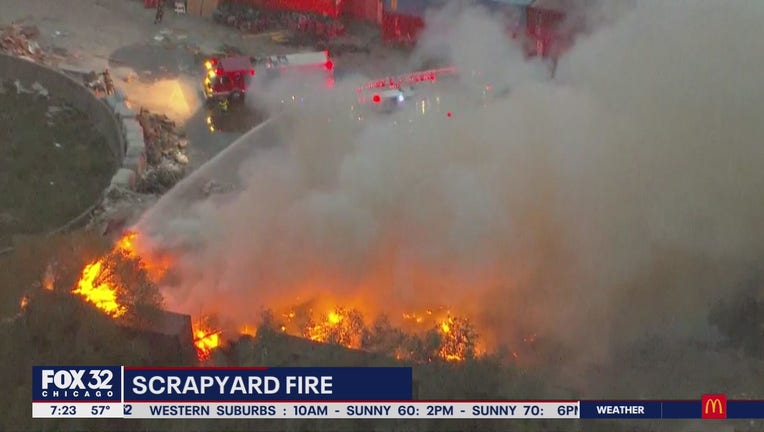 No one was injured, and it’s still unclear how the fire began at Citywide Disposal, according to Stickney Fire Dept. Chief Jeff Boyajian.

Crews were called about 4:30 a.m. to the scrapyard, 5001 W. 40th St., and solicited the help of a Chicago Fire Department boat to help put out the flames.

“It was hart to get at first, but once that boat got there, we made progress,” Boyajian said.

Most of the fire’s damage was limited to the pile of garbage, Boyajian said. However, a conveyor system used to sort material caught fire from embers blown from the man fire.