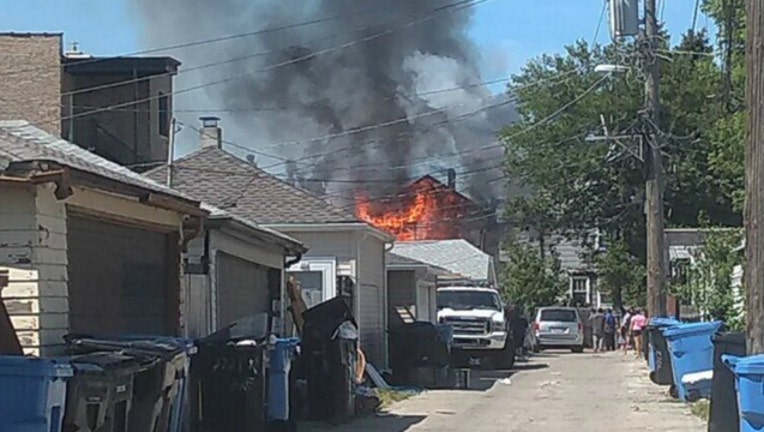 CHICAGO (Sun-Times Media Wire) - A house fire left a firefighter injured and damage to two structures Friday in Logan Square on the North Side.

About 3:04 p.m., fire officials received calls of a home ablaze in the 3500 block of West Diversey Avenue, according to a Chicago Fire Department spokesperson. The fire caused damage to an adjacent home and a nearby structure.

Firefighters were able to subdue the flames about 4:30 p.m., officials said. The firefighter was taken to an area hospital with a shoulder injury. He is in good condition.

The cause of the fire remains under investigation, officials said.