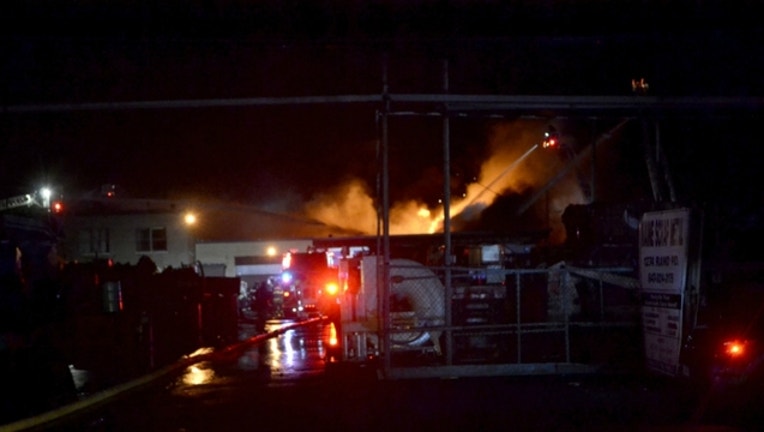 Crews arriving just after 11 p.m. found flames coming out of the roof at 1274 Rand Rd., according to Deputy Chief Peter Dyer of the Des Plaines Fire Department.

The fire quickly spread and additional crews were called for help, Dyer said. Firefighters were expected to remain on the scene fighting the fire throughout the night.

The cause of the fire was still unknown. No injuries have been reported.