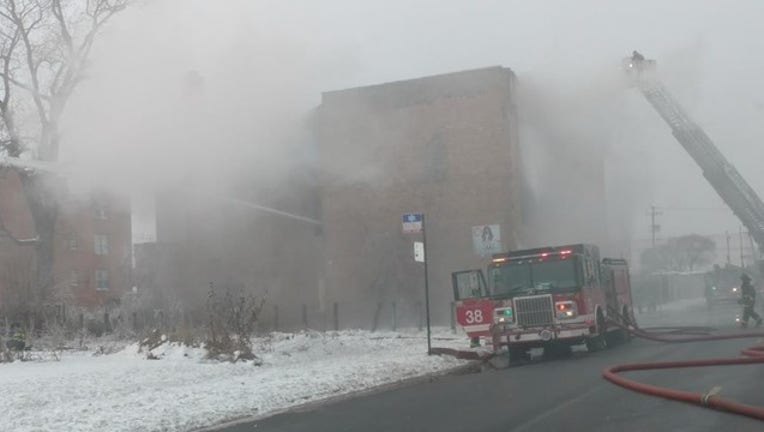 CHICAGO (Sun-Times Media Wire) - Firefighters are battling a blaze in an abandoned building Wednesday morning in the North Lawndale neighborhood on the West Side.

Crews responded to a blaze in a three-story brick building in the 4300 block of West 16th Street just before 9:45 a.m., according to Fire Media Affairs.

Crews are fighting the fire from the outside because the abandoned building is in “poor shape,” according to Fire Media. No injuries have been reported.

CTA No. 18 buses are being rerouted in the area because of the fire.