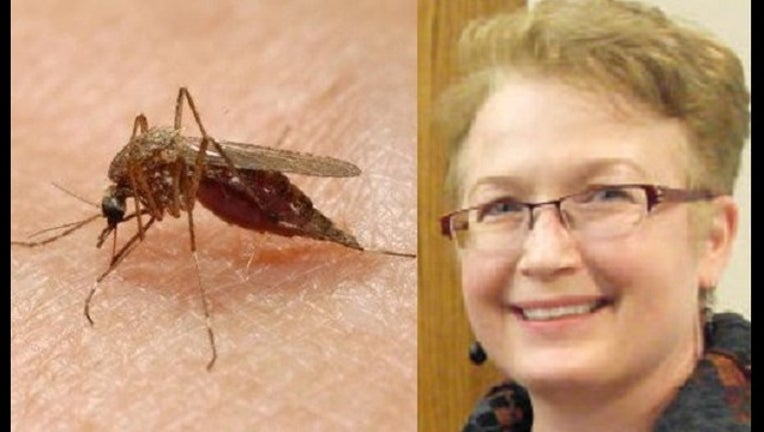 CHICAGO (Sun-Times Media Wire) - The first human case of West Nile virus in the Chicago area this summer — and the second in Illinois — is a 50-year-old north suburban woman who is back home after a five-day hospital stay.

The Skokie resident, who does not suffer from any underlying health conditions, is “improving, but was quite ill for a while,” according to Dr. Catherine Counard, director of health for the village of Skokie.

The woman “did not recall getting bitten by a mosquito” so the exact source of her infection was unknown, Counard said. She added, however, that the bite of a mosquito is the only way known to contract the virus.

She was the area’s first confirmed West Nile case this year, and the second in Illinois. The first was an adolescent girl who became ill with the virus in August in St. Clair County, located in southwestern Illinois near St. Louis.

Forty-four human cases of West Nile were reported in Illinois in 2014, including four deaths, according to the Illinois Dept. of Public Health. The new case in Skokie is the first in the northern suburb since 2012, Counard said.

That does not mean infected mosquitoes are not around.

“In Skokie we start testing in May, and then test three times a week through the mosquito season,” she said. The first batch of mosquitoes to test positive were found in the village in July.

“The recent hot, dry weather in Illinois has increased the number of mosquitoes carrying West Nile virus,” IDPH director Dr. Nirav D. Shah said in a statement. “This first human case is a little later in the year than we typically see in Illinois, but it’s a good reminder of the importance for people to continue taking precautions … ”

Counard agreed. And though the weather has been cooler the last couple of days, she warned that mosquitoes are still abundant, and urged taking precautions.

Symptoms of the virus, which begin three to 15 days after being bitten, include fever, headache and rash that lasts a few days. Older adults and people with compromised immune systems are at an increased risk of complications.