First Deputy Superintendent Anthony Riccio is preparing to retire from the force on August 1, during a tumultuous time for Chicago.

CHICAGO - First Deputy Superintendent Anthony Riccio is preparing to retire from the force on August 1, during a tumultuous time for Chicago.

The city is experiencing a pandemic, an increased number of shootings and protests over police reform.

“I mean, we're in a unique time because the very nature of what's going on calls for more engagement by police, yet we've got COVID which is causing police to be on the heels a little bit and quite frankly nobody wants to be that next YouTube video. The person who makes that mistake or does that stupid thing,” said Riccio.

Riccio insists he is not leaving because of the issues with his new boss or with Mayor Lightfoot.

He believes Superintendent David Brown is on the right track to control crime, but also says it is time for someone new to take his spot at the Chicago Police Department.

“It’s good for me because 34 years is a long time, but it's also good for the organization so they can get some fresh eyes in there,” said Riccio. 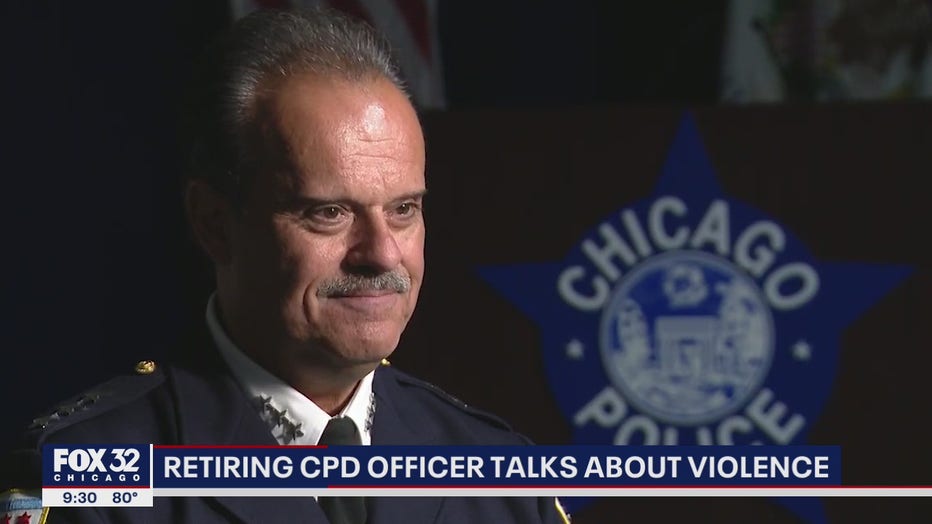 Riccio says he can understand why so many protests are occurring against police, but believes most people still support them.

Not too long ago, Riccio himself had to publicly criticize his own officers, who were seen lounging while many were looting throughout the city.

“In my heart, I see what these people do every day, the sacrifices they make, so for me to have to be critical of officers at that level – that was hard, that was really hard," said Riccio.

For Riccio, policing is his passion – one he hints at continuing at maybe a smaller department one day. He says this job he started over three decades ago is in his genes.

“My dad was a policeman for 38 years, and he was the most honorable hard working man I've ever met.”

In the end, Riccio says this job was a once in a lifetime opportunity, but like all things, this too will come to an end.

“This is a job of a lifetime. It’s not a job for a lifetime,” said Riccio.