FAIRFAX COUNTY, Va. - Dash-cam video shows a terrifying near-miss involving a police officer in Virginia, who is seen making a high-speed U-turn in traffic on her motorcycle and driving the wrong way along busy Interstate 66. Why? The officer dropped her sweater in the road.

It’s a moment that terrified the taxi driver who almost hit her. “I was scared that I almost hit a police woman,” said Abdiassis Ahmed, who shared the video with FOX 5.

Ahmed is a D.C. cab driver, and he has a camera on his dashboard. Last Wednesday, he tells FOX 5’s Emily Miller he was driving to work from his Virginia home around 1 p.m. He was headed eastbound on I-66 near Fairfax when the officer passed him in the left lane.

Ahmed says he noticed that the officer kept pulling at her side, and believed she was checking to make sure her sweater was still there. As the video continues, traffic keeps moving along, and Ahmed moved to the left lane, behind the officer by a good distance. That’s when he saw the black garment fall off her motorcycle. He says he could see it was her uniform sweater, and it had a badge marking on the shoulder. Ahmed says he beeped his horn to try to get her attention, but she didn’t hear it.

Then, a Mercedes SUV pulled between Ahmed and the motorcycle, and he could no longer see the officer. A few seconds later, the Mercedes came to a sudden stop, an Ahmed says he tried to slow down slowly because he knew there were other cars behind him that were also going fast. To avoid being hit, he pulled to the shoulder—and that’s when the motorcycle officer made a U-turn right in front of him. Somehow, Ahmed managed to miss her.

Ahmed says his anti-lock brakes turned on, and he came about four feet from hitting the officer with his front bumper. He was terrified, and furious—and he says the driver in front of him was, too.

When he pulled over and looked in his rearview mirror, he could see the cars behind him slowing down quickly too, and a cloud of smoke from their brakes. Ahmed says he saw the officer put on her police lights, and keep driving off the shoulder—trying to get her sweater off the road.

That’s when the reality of what almost happened hit him.

“I was relieved, but angry at the same time that she did what she did,” said Ahmed. “Put her life in front of us, and luckily we managed to save her. Everybody was lucky that day—including herself. Everybody.”

Ahmed shared the video and sent it to FOX 5, calling it “All this for a sweater.” He says he didn’t contact FOX 5 with the intention of getting the officer in trouble. He just wants other people to learn from her mistake.

Miller sent the video to the Fairfax County Police Department Tuesday at noon, but at the time the story aired, police said they had not yet talked to the officer about the incident. But, they said that the commanders of the traffic division will research the matter.

The police also said they assume the officer made a U-turn for the lost jacket. And if that was the case, it was “inappropriate,” and that the officer should have gone to the next exit, turned around, and retraced the route.

What would happen if a regular citizen did the same thing? Fairfax County police say that the charge for improper U-turn may differ based on the officer’s discretion and the circumstances. 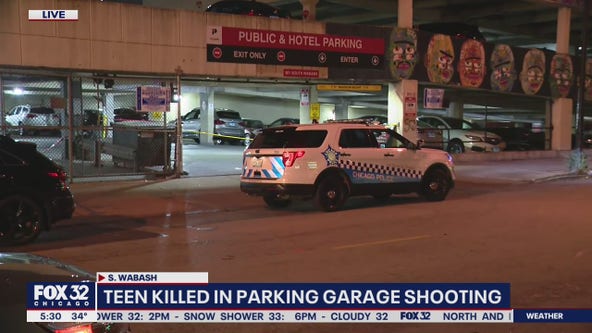