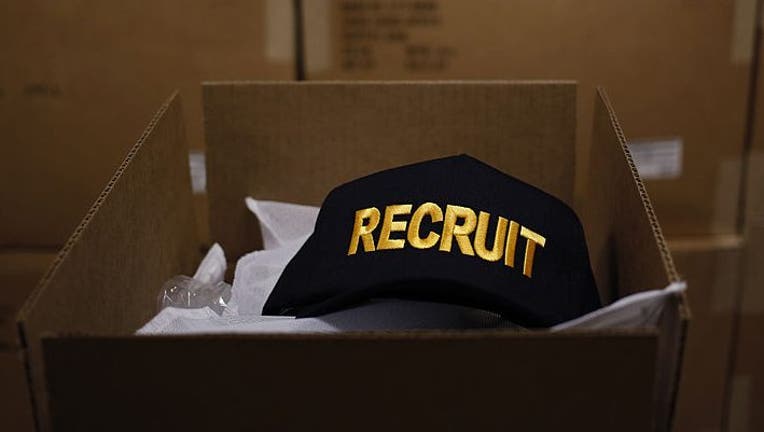 NORTH CHICAGO, Ill. - The U.S. Navy’s only boot camp will resume accepting recruits next week, but those recruits will have to spend two weeks in isolation at a hotel and indoor water park near the northern Illinois base.

The resumption of training future sailors at Naval Station Great Lakes near the city of North Chicago comes after the Navy stopped sending recruits there late last month due to the coronavirus pandemic.

Sending the recruits to a water park is the latest unusual step that has been taken to slow the spread of the coronavirus, including the closing of schools, conversion of convention centers into temporary hospitals and shutting down of sports leagues.

Lt. Cmdr. Frederick Martin, a Navy spokesman, said that although the recruits will spend two weeks at Great Wolf Lodge in nearby Gurnee, they won’t be on vacation and won’t have access to its “resort-type amenities” such as the water park, the Chicago Tribune reported.

The way the coronavirus has affected the Navy has become a major news story, largely because of what has happened on the USS Theodore Roosevelt. In recent weeks, the aircraft carrier’s captain, Brett Crozier, was fired after an email he sent in which he expressed concerns about how the virus was sweeping through his ship became public. The ensuing backlash to his firing led to the resignation of acting Navy Secretary Thomas Modly, after he made comments highly critical of Crozier.

Since then, the virus has spread rapidly aboard the ship, with the Navy reporting earlier this week that a crew member had died and that a total of 585 of the ship’s 4,860 crew members had tested positive for the virus.

The death Monday was the first among the crew of approximately 4,860, of which 585 had tested positive for coronavirus as of Monday. A little over 4,000 crew members have been moved ashore. A number have been kept aboard to attend to the enormous ship’s nuclear reactors and other sensitive systems.

As of early Wednesday, the Navy had reported nearly 1,200 coronavirus cases and six deaths among military personnel, their families, civilian employees and others.

The virus has also come to Naval Station Great Lakes. But while Navy officials last month confirmed that a recruit and civilian employee tested positive last month, the Defense Department has since then announced that it wold no longer release the number of coronavirus at individual bases, citing security reasons.

This week, the Captain James A. Lovell Federal Health Care Center near the base that is operated jointly by the Department of Veterans Affairs and the Defense Department reported 94 coronavirus cases, though it is unclear how many of those cases involve people who work on the base. Statewide, as of Friday, Illinois had recorded 27,575 confirmed cases of COVID-19, including 1,134 deaths.

For most people, the coronavirus causes mild or moderate symptoms, such as fever and cough that clear up in two to three weeks. For some, especially older adults and people with existing health problems, it can cause more severe illness, including pneumonia.