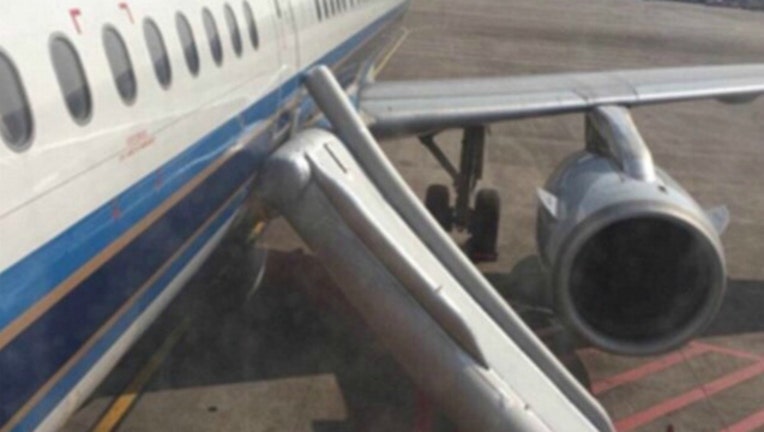 A first-time airline passenger in China caused a major flight delay after accidentally deploying the aircraft’s inflatable evacuation slide when she was looking for a restroom.

According to Shanghaiist, the incident occurred on Friday afternoon on state-owned China Southern Airlines flight CZ3456 from Chongqing to Shenzhen. The plane had just finished boarding and was ready for takeoff when passengers reportedly heard a hissing noise. Then crew noticed an evacuation slide had been deployed, which alarmed guests and ended up delaying the flight by several hours.

It was soon discovered that a 50-year old woman, who was taking her first flight, had tried to open the door, thinking it was a lavatory. She told crewmembers the first bathroom she tried had a very long line.

Airplane guests were evacuated from the plane and forced to wait at least two hours while the airline worked to fix the deployed slide.