Every once in a while, nature reveals something that looks like it came straight out of a horror movie.

State park workers in Texas recently revealed an image of a fish with a living parasite in its mouth, in place of its tongue.

Texas Parks and Wildlife posted the photo to the Facebook page for Galveston Island State Park. The image shows a fish with its mouth being held open, showing a grotesque parasite.

According to the state, the creature is a tongue-eating louse. 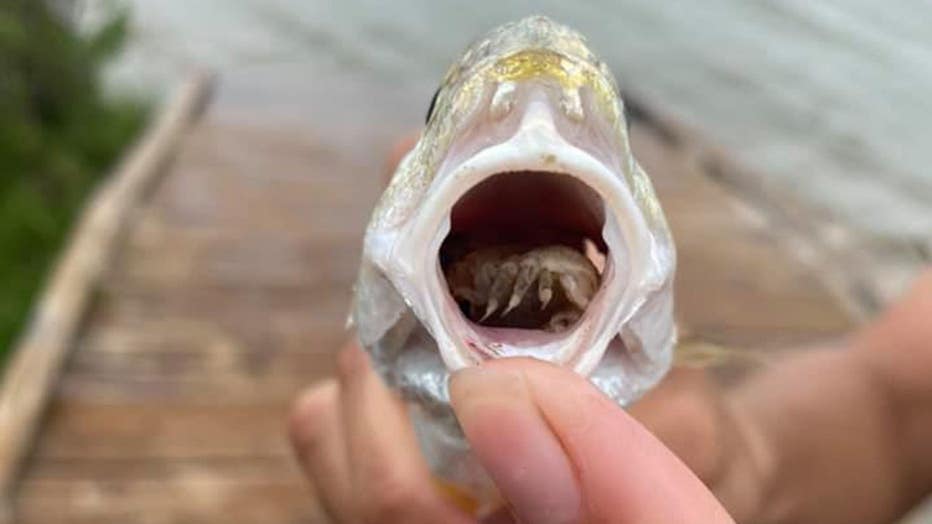 The Texas Parks and Wildlife posted the photo to the Facebook page for the Galveston Island State Park.

It continues, "Ok, so not really… but this is still pretty spooky! Inside this Atlantic Croaker’s mouth is a parasitic isopod called a tongue-eating louse. This parasite detaches the fish’s tongue, attaches itself to the fish’s mouth, and becomes its tongue."

The post concludes, "It also happens to be the only known case where a parasite functionally replaces a host’s organ. It does not kill the fish or affect humans."

The louse apparently feeds off the fish’s mucus. Gross, but true.

On the Parks and Wildlife post, many commenters seemed alarmed by the photo.

One person wrote: "I know that some say it won't hurt you but I would never eat any fish if this thing was found inside it."