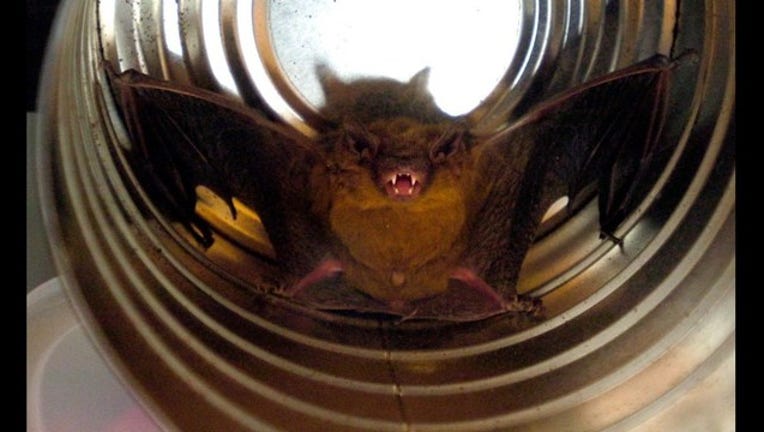 Five more bats were discovered this week inside a southwest suburban home where two others were previously discovered, and all but one tested for positive for rabies.

The problem was discovered July 6 when one of the residents of the home on the 13000 block of West Little Creek Drive in Homer Glen saw a bat flop into his garage, then trapped it with a bucket and notified animal control, according to the Will County Health Department.

Animal control transported the bat by courier to the Illinois Department of Public Health laboratory complex in Chicago, where it was confirmed positive for rabies, according to a statement from the health department. A second bat found in the home tested positive for rabies on July 9.

Five more were trapped at the home between July 10-14, according to the health department. Six of the seven total bats have tested positive for rabies.

The colony of “little brown bats” is thought to have roosted in an attic space above the garage.

It was not yet known if any live bats remain in the attic, according to the health department. A tiny camera put in the space found only dead animals.

Rabies is transmitted to humans through the bite of an infected, warm-blooded animal. The disease is always fatal if treatments are not started right away.

Through July 15, Will County is one of eight counties in the state reporting a confirmed case of rabies. So far, nine cases have been confirmed. In 2014, a total of 13 cases were confirmed in bats in Will County.