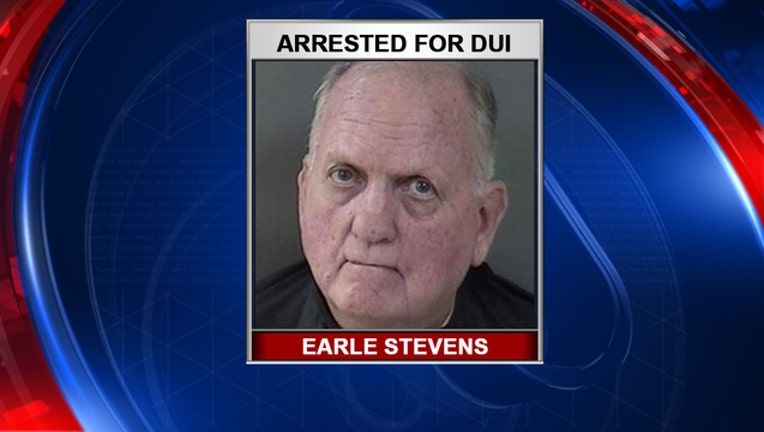 VERO BEACH, Fla. - A Florida man was arrested for driving under the influence, but told officers he was only drinking at the stop signs and stop lights, not while driving.

Indian County Sheriff's deputies were called to a McDonald's in Vero Beach because of a car that was repeatedly bumping the car in front of it in the drive through.

When a deputy arrived, he found Earle Stevens, 69, in his vehicle with an open brown paper bag with a bottle of Jim Beam in it in the passenger's seat. He told deputies he didn't recall bumping the car in front of him.

Stevens, who only had a Florida ID card, told the responding deputy that he has never had a valid Florida driver's license.

The deputy noted the strong smell of alcohol on Stevens' breath and saw his eyes were red and his speech was slurred and asked him how he was feeling. "I'm feeling pretty good," Stevens told the deputy, according to the arrest affidavit.

Stevens told the deputy he had about three or four drinks but he wasn't drinking while the car was moving, only when he stopped for stop signs and traffic signals.

Stevens also told the deputy he had prescription medication before he began drinking and admitted to actively drinking from Port St. Lucie to Indian River County.

Stevens was asked to do a field sobriety test where he was observed swaying from side to side and allegedly later blew a .153 and .147 on his breathalyzer test.

He was arrested and charged with DUI and driving without a valid Florida license.

Deputies say he also has two prior DUIs in Missouri.