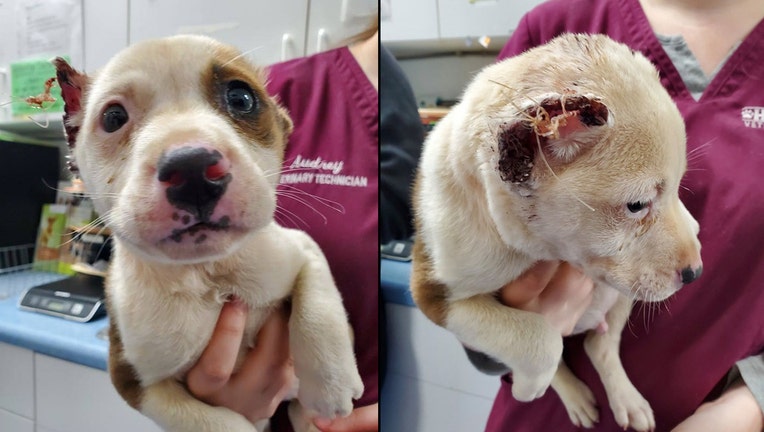 An adorable puppy is getting a second chance at a happy life thanks to a Pensacola rescue group.

Van Gogh, an 8-week-old pit bull/Australian Sheppard mix, was brought to the Hillman Veterinarian Clinic after someone in Alabama found him running the streets. The woman who found him called Paula Whiteamire of Amazing Grace Bully Rescue to see if they could help.

The little puppy was brought to the clinic immediately.

"Someone had cut the ears off and sewed them together with fishing line. He also had scars on his neck from where a collar was starting embed," Sasha Corbett, Van Gogh's foster mom and veterinary tech, told FOX 35 News.

Corbett said that Van Gogh's ears were so severely infected that he needed to be on antibiotics for about 5 days before the veterinarian could even go in and fix them. 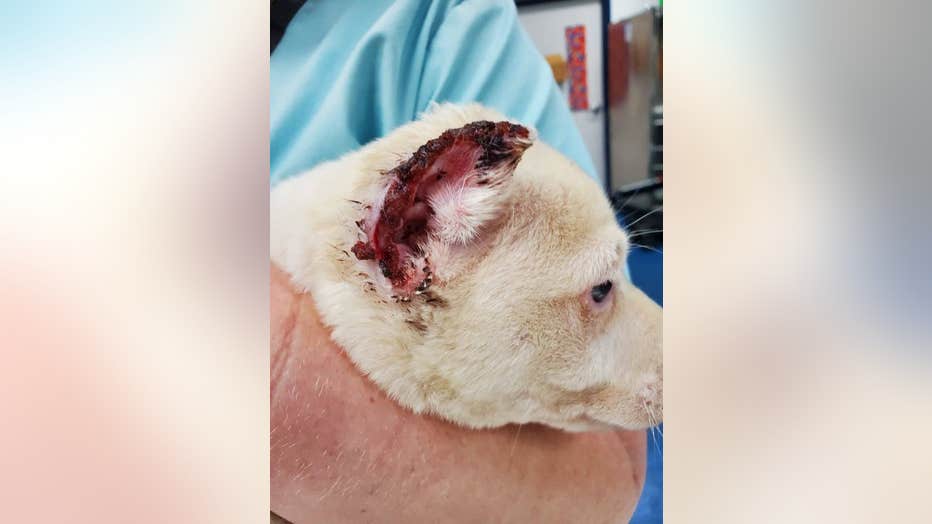 Fortunately, Van Gogh was brought to the right place and underwent surgery to have his ears sewn back together. He also found a new mommy to take care of him.

"A client at Hillman that I know was looking for a dog with special needs and the ones she wanted were adopted. She saw his picture when we posted it and immediately fell in love." 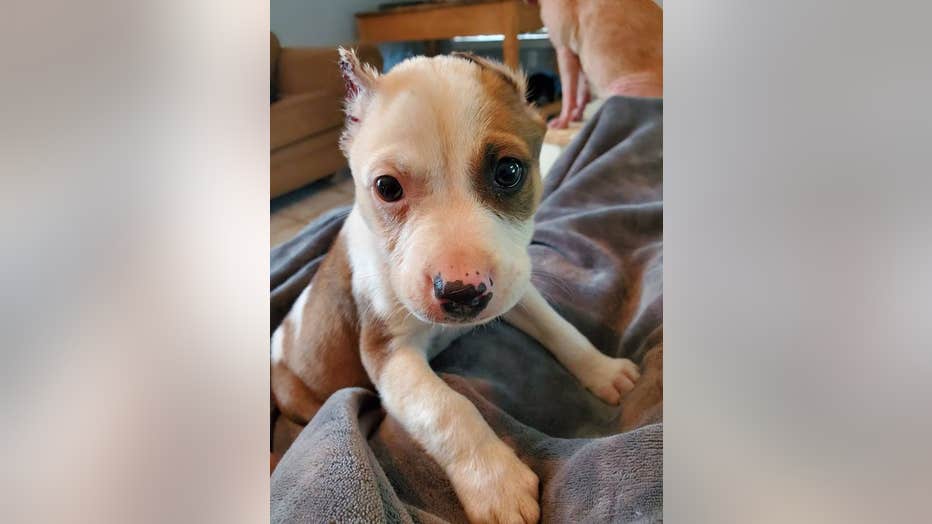 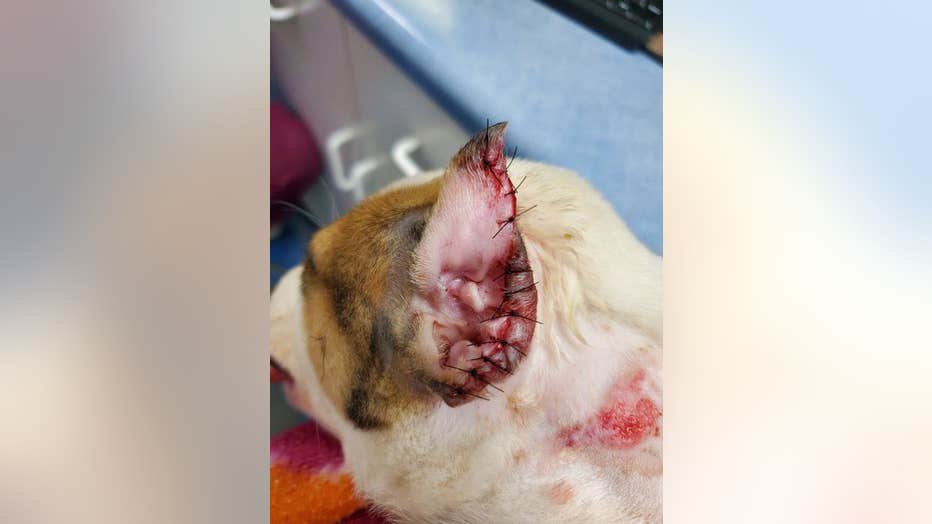 Van Gogh will be going to his forever home in about 2 weeks once his ears are completely healed.

As for the person who cut his ears, Corbett said they don't know who had little Van Gogh before, but "I wish we did so we could pursue animal cruelty charges."