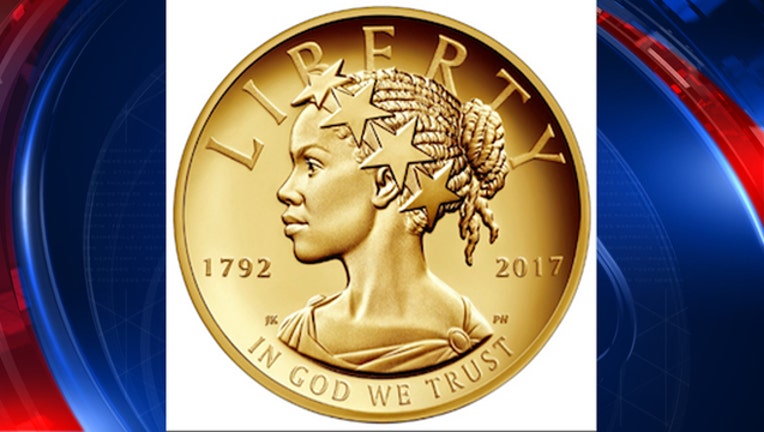 WASHINGTON - For the first time since being featured on American gold coins over 200 years ago - the likeness of Lady Liberty will be that of an African-American woman.

The design for the 2017 American Liberty Gold Coin was unveiled Thursday.

"We boldly look to the future by casting Liberty in a new light, as an African-American woman wearing a crown of stars, looking forward to ever brighter chapters in our Nation’s history book," the U.S. Department of Treasury said in an online post.

The 2017 American Liberty Gold Coin is the first in a series of 24-karat gold coins the United States Mint will issue biennially. The coins will feature designs that depict an allegorical Liberty in a variety of contemporary forms including designs representing Asian-Americans, Hispanic-Americans, and Indian-Americans among others to reflect the cultural and ethnic diversity of the United States.