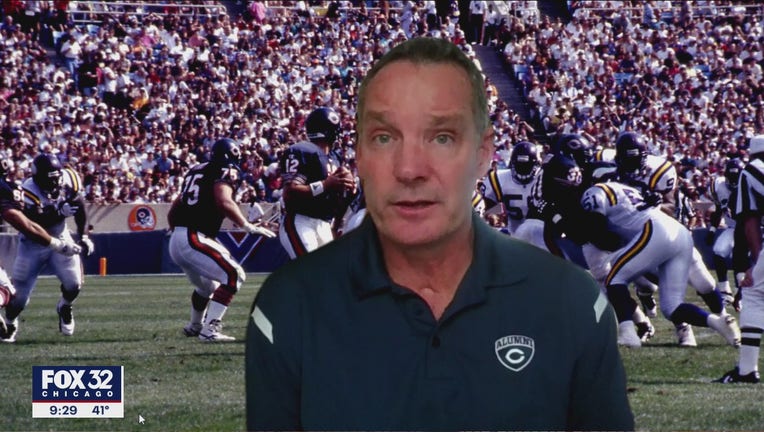 CHICAGO - Erik Kramer lived the dream so many young boys have. He played NFL football for a decade and developed into one of the finest quarterbacks the Chicago Bears have ever had.

We recently caught up with the former Bears QB, whose life after football -- until recently -- has been more of a nightmare.

For one shining season, he was the best in Bears history. Kramer threw for 3,838 yards and 29 touchdowns in 1995 -- both all-time Bears single season records.

These days you can find Kramer back on the field. He is helping coach a high school team not far from where he grew up in the LA suburbs.

For him, it has been an arduous journey getting back to football. Kramer's post NFL world included a failed marriage at about the same time his son Griffin battled a learning disability and eventually drug addiction. in 2011.

Then, the world went dark. In 2011, he lost Griff at the age of 18 to a drug overdose. Within a year, his mother died and his father was diagnosed with terminal cancer. He was alone, in pain, and depressed.

Kramer sought treatment, but he says he did not seek help soon enough. He left a depression center in Michigan after only a few days and returned to southern California where the pain worsened.

Kramer attempted to take his own life. The bullet ripped through his head, causing massive damage to his chin, tongue and frontal lobe. Yet, somehow, he survived. After multiple surgeries and extensive physical and psychological therapy, Kramer recovered. Never to have another depressed thought.

As Kramer returns to his roots on the field, he is also on a mission. To clear his name. In June of 2018, he was arrested for suspicion of domestic abuse. A charge Kramer denies vehemently and brought by a woman Kramer married while in the midst of his rehab. They were dropped when she was charged with 12 felonies related to taking advantage of Kramer financially. Now, the former Bears QB wants today's NFL players to know how to protect themselves should they ever become incapacitated like he was.

The most important lesson Kramer says he has learned is how important it is for all of us to reach out to those folks in our lives who may be depressed. Connect with them in any way you can, he says, because it could make a difference.