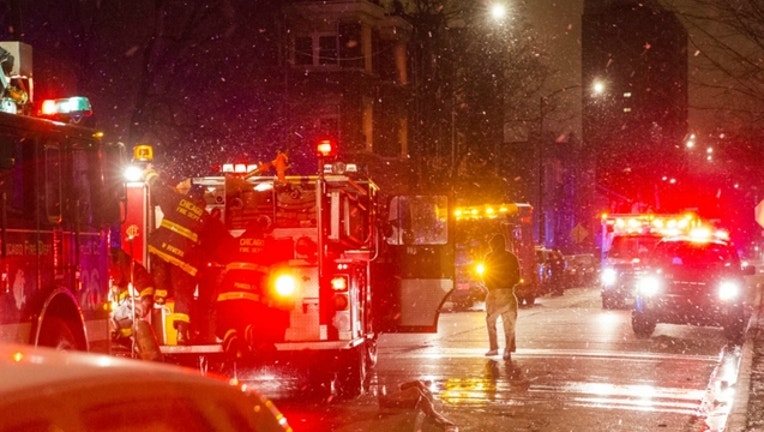 Firefighters begin to pack up after extinguishing a house fire at the 3900 block of West Congress Parkway. | Tyler LaRiviere/Sun-Times

CHICAGO (SUN TIMES MEDIA WIRE) - Four Chicago Police officers were treated for smoke inhalation early Monday after rescuing a family from a burning building in the East Garfield Park neighborhood on the West Side.

The officers were patrolling at 12:07 a.m. in the 3900 block of West Congress Parkway when they saw a residential two-flat building on fire, according to Chicago Police.

A female victim walked up to the officers and said her family was still inside the building, police said. The officers then entered the home and escorted the family to safety.

Two adults and three children were displaced by the fire, police said. None of them were injured.

Four officers were treated and released from a nearby hospital for smoke inhalation, police said.