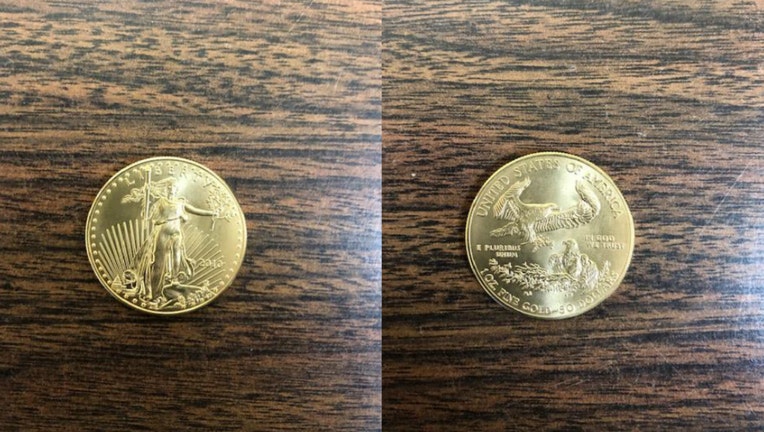 WESTCHESTER, Ill. - The Salvation Army received its fourth gold coin of the season in the Chicago area last week in west suburban Westchester.

The one-ounce, 2010 gold eagle coin, was dropped into a red kettle by an anonymous person Wednesday outside of a Jewel-Osco located at 2128 S. Mannheim Rd., according to a statement from the Salvation Army.

The coin, estimated to be worth about $1,600, will help ensure the corps can continue to provide a food pantry three times a week, as well as emergency assistance, such rent and utility bill payments, according to the release.

“I always think about a donor when they’re putting those coins in the kettle. That’s something that comes from their heart,” Captain Tomas Valladares, corps officer for The Salvation Army Templo Laramie Corps said. “I want to say thank you for thinking of us and believing in the ministry that the Salvation Army does in the community. This gift will make a difference.”

The season’s third gold coin was donated to a Salvation Army red kettle a day prior at a Casey’s Foods in Naperville.