EVANSTON, Ill. - A Gary man who is a convicted felon was arrested last week after he shot a gun in Evanston, police said. Officers also discovered drug paraphernalia in his vehicle.

Shortly before 7:30 p.m. on May 12, Evanston police received a call that a man was standing in an alley in the 2300 block of Foster Street brandishing a weapon. The caller said the man then fired a shot before fleeing the scene in a black car with Indiana plates.

Officers responded to the area of Foster Street and Darrow Avenue where they saw a black Mercedes with Indiana plates. They then initiated a "high risk" traffic stop in the 1900 block of Dewey, police said.

The driver of the Mercedes — identified as 53-year-old Edward Davis — was detained, police said. A witness then positively identified him as the gunman.

The ammo recovered from the Mercedes, handgun and shooting scene all matched in caliber and brand, police said. 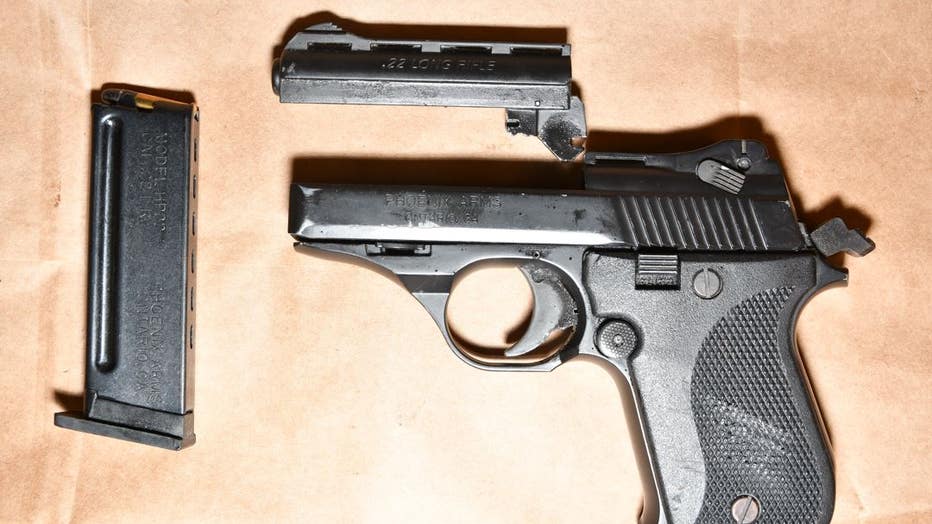 Detectives believe Davis used the gun, and then ditched it before being pulled over by cops.

In addition, police found drug paraphernalia in the Mercedes. They also discovered Davis had a suspended driver's license and no proof of insurance, and that he did not have a FOID card or Concealed Carry License.

Davis was charged with two felonies among other misdemeanor charges: aggravated unlawful use of a weapon by a convicted felon and reckless discharge of a firearm. He was issued a $75,000 bond. His next court date is June 1 in Skokie.

No injuries were reported in the incident.