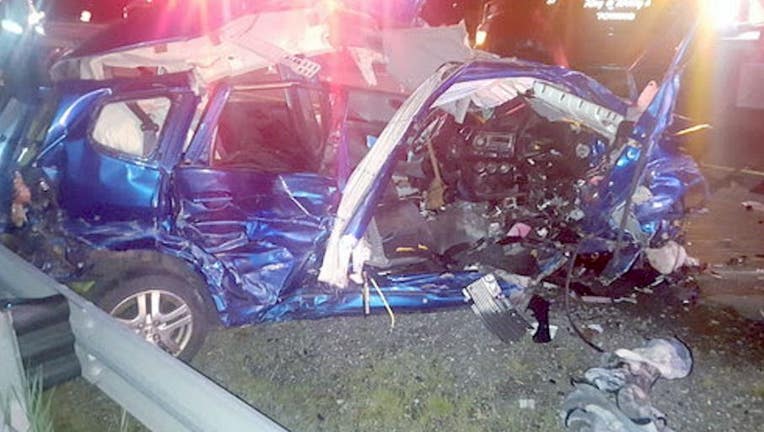 A Honda Fit was severely damaged after two consecutive crashes early July 27, 2020, on I-65 near Crown Point. | Indiana State Police

CROWN POINT, Ind. - A 14-year-old girl died after the car she was in hit a deer early Monday and was then struck by an SUV near Crown Point in northwest Indiana.

Sage Albert, of Union, Ohio, was in a Honda Fit that hit a deer head-on about 2:50 a.m. in the northbound lanes of I-65 a mile south of State Road 231, according to Indiana State Police.

The Honda then hit a median and stopped in the far left lane, state police said.

Minutes later, a northbound SUV in the far left lane struck the disabled Honda’s passenger side, causing the Honda to spin several times and crash again into the median, state police said. The SUV rolled over and hit a guardrail. 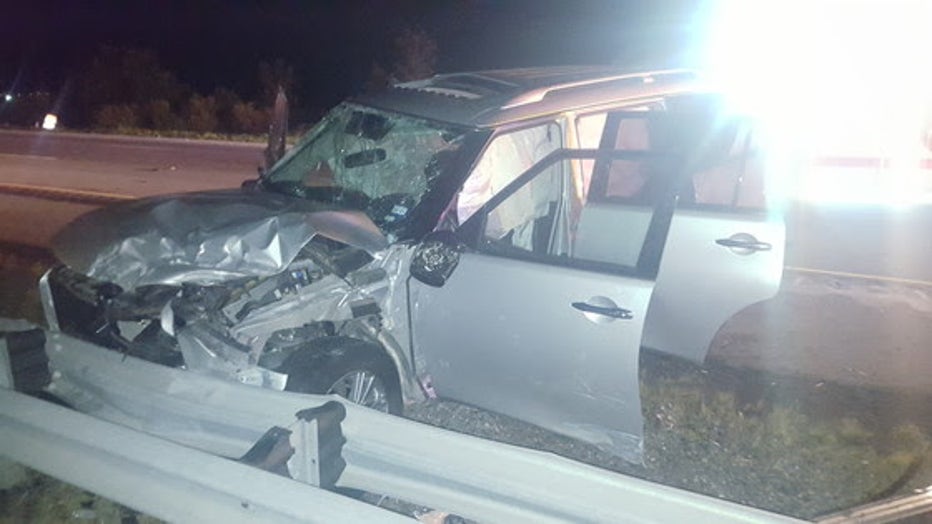 An SUV was severely damaged after crashing early July 27, 2020, on I-65 near Crown Point. | Indiana State Police

Albert was ejected from the car after the crash with the SUV, state police said. A state trooper gave her CPR, but she was later pronounced dead at the scene.

The driver of the Honda was taken to St. Anthony’s Hospital in Crown Point with injuries that were not life-threatening, state police said.

The driver of the SUV refused treatment.

Alcohol is not believed to be a factor in the crash, state police said. Charges may be filed after the report is reviewed by prosecutors.