Girl, 6, saved the day on flight after noticing mom had stroke during takeoff

A 6-year-old girl saved her mother's life after she realized the woman was having a stroke on a plane.

LONDON - A young girl on an airplane noticed her mom was having a stroke during take-off, saving the woman’s life.

As the aircraft was taking off, the girl noticed that her mom had passed out and notified a flight attendant.

Alexandra Hajipaulis was traveling with her 6-year-old daughter, Jaideen, on a Ryanair flight to Crete when the incident occurred, SWNS reports. Doctors have theorized that a bubble of air in one of Hajipaulis' veins, which traveled to her brain when the air pressure changed, triggered the stroke. 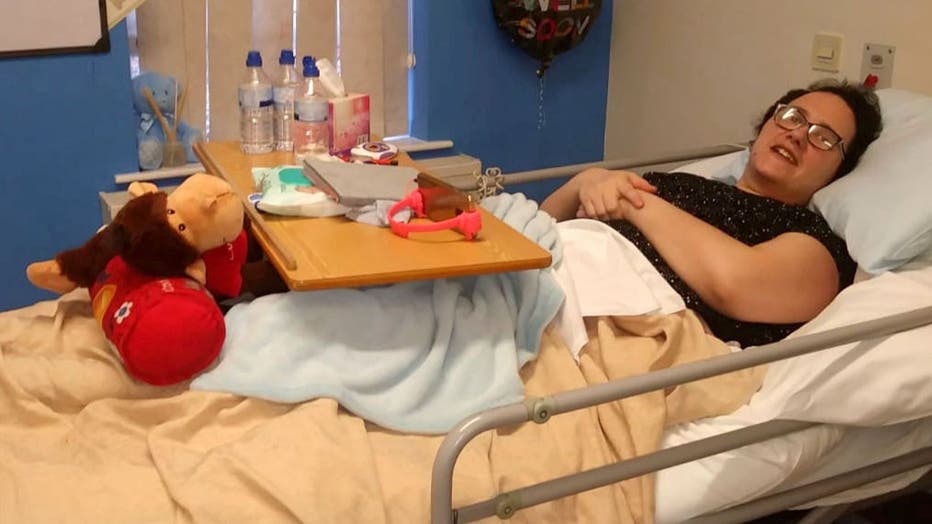 Alexandra Hajipaulis recovering in the hospital after having a stroke. (SWNS)

"Jaideen saved my life," she told SWNS. "She knew something was wrong. She got me help even though she was only six years old at the time. I'm so proud of her."

The plane was forced to land and paramedics rushed Hajipaulis to a nearby hospital, where she remained in a coma. Over a year later, she's still paralyzed in both of her legs and her left arm.

Jaideen's grandmother, Lorna, told SWNS, "I heard from Alex that she'd boarded the plane and then just a few hours later, someone rang me from the hospital to say she'd had a stroke. I couldn't believe what I was hearing, but before I knew it, I was on the next flight to Italy and racing to the hospital."

According to the grandmother, the family initially didn't know if the woman was going to survive or how they were going to pay the hospital bill. "Alex didn't have the right kind of insurance that would cover what happened to her," Lorna explained, "and so we had to suddenly raise all this money to get her home safe."

Hajipaulis was still recovering from the stroke, although her mom said she needed better therapy than the family could afford.

"We are convinced," she said, "that with the right physiotherapy, Alex could walk again - that's all we want to happen."