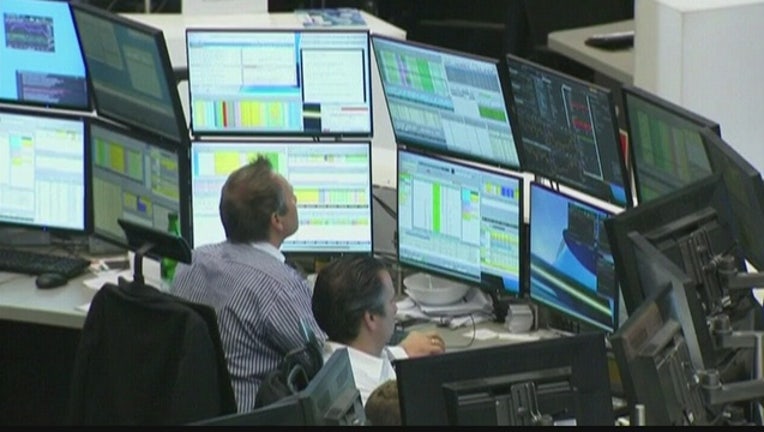 NEW YORK (AP) -- Stocks are plunging in the U.S. and worldwide Friday after Britain voted to leave the European Union. The result stunned investors, who reacted by rushing to the safety of gold and U.S. government bonds as they wondered what will come next for Britain, Europe and the global economy.

The vote brought a massive dose of uncertainty to financial markets, something investors loathe. Traders responded by dumping riskier assets that appeared to have the most to lose from disruptions in financial flows and trade: banks, technology companies and makers of basic materials.

Britons voted to leave the EU over concerns including immigration and regulation. It's far from clear what that will mean for international trade or for Europe, as the EU, which was formed in the decades following World War II, has never before lost a member state.

"This vote is a step away from free trade," said Bob Doll, chief equity strategist Nuveen Asset Management. "When you add to it the specter of the last couple of years of terrorism it causes the average individual ... to be more nationalistic, more populist, more protectionist."

Bond prices surged and yields fell. The yield on the 10-year U.S. Treasury note dropped to 1.56 percent from 1.75 percent on Thursday, a large move.

Banks have the most to lose in Britain's departure from the EU as they do a lot of cross-border business in Europe based from their offices in London. They also become less profitable when bond yields fall, since that lowers interest rates on many kinds of loans such as mortgages.

The vote will start years of negotiations over Britain's trade, business and political links. Observers wonder if other nations will follow in Britain's footsteps by leaving the EU.

"This is a negative in economic terms for the UK," said David Kelly, chief global strategist at JPMorgan Asset Management. "The EU will be very tough negotiators with them."

The Federal Reserve said it is carefully monitoring financial markets and cooperating with central banks overseas.

Investors had sent stocks higher this week as they gradually grew more confident, based on polls and the changing odds in the betting market, that Britain would stay in the E.U. They sent the pound to its highest price of the year and sold bonds, pushing their yields higher. Those gains were rapidly undone Friday.

The pound hit its lowest level since 1985 before recovering slightly to trade at $1.3744. That's still far below the $1.4808 it traded at late Thursday in New York.