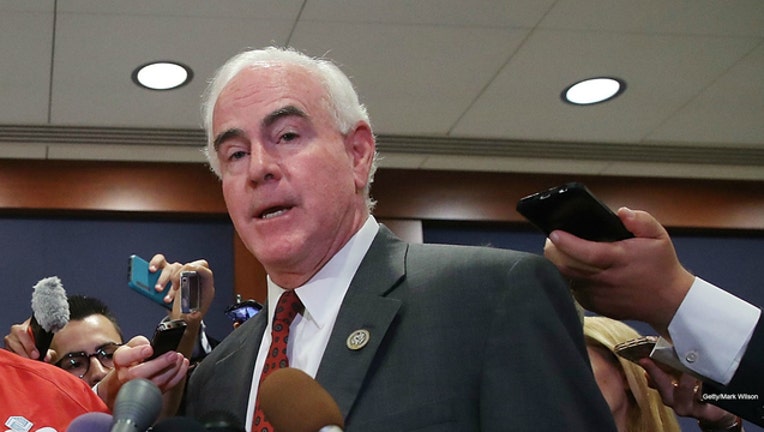 The story, published online Saturday, cites unnamed people who said the Republican Pennsylvania representative used thousands of dollars from his congressional office fund to settle the sexual harassment complaint the ex-aide filed last summer to the congressional Office of Compliance.

Ryan's office said the allegations must be investigated "fully and immediately" by the House Ethics Committee and that Meehan should repay any taxpayer funds used to settle the case. Ryan's office also said Meehan is being removed from the committee.

The Times did not identify the accuser and said she did not speak to the newspaper.

In a statement, the four-term congressman denied that he sexually harassed or mistreated the ex-aide. He also said he had asked congressional lawyers who handled the case to ask her lawyer to dissolve the settlement's confidentiality requirements "to ensure a full and open airing of all the facts."

"Throughout his career he has always treated his colleagues, male and female, with the utmost respect and professionalism," says a statement from Meehan's office. It does not say whether Meehan used taxpayer money to settle the case.

The accuser's lawyer, Alexis Ronickher, rejected that. Ronickher said Meehan had demanded the confidentiality provisions and is trying to victimize her client twice by revealing the woman's identity and litigating the case in the media.

She called it a "dirty political maneuver" and an effort to save his career by making it look like he's being transparent. She also called the allegations "well-grounded" and "a serious sexual harassment claim."

Ronickher also said the Ethics Committee investigation must include the fact that Meehan "knowingly breached confidentiality in his agreement by discussing the case and the terms of any potential settlement agreement."