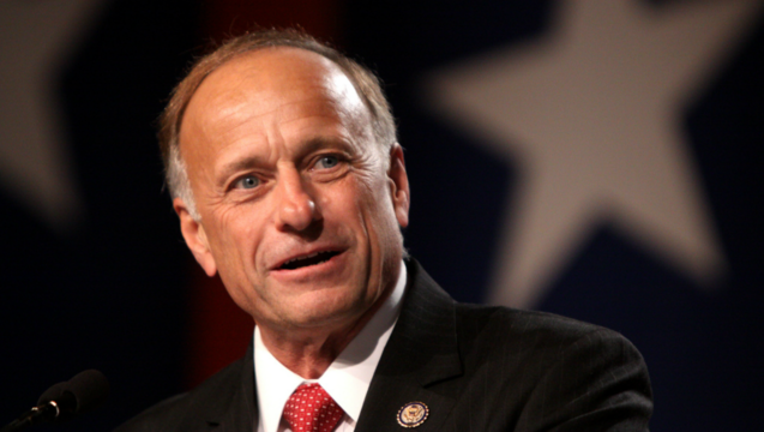 WASHINGTON (AP) - A veteran Iowa Republican congressman says America can't restore "our civilization with somebody else's babies" and warns of a liberal effort to break down Western civilization.

Rep. Steve King, in a tweet Sunday, paid tribute to a Dutch politician who opposes immigration and has spoken against Islam. It came as the Dutch prepare for an election Wednesday.

King, who has served in the U.S. House since 2003, said Geert Wilders "understands that culture and demographics are our destiny. We can't restore our civilization with somebody else's babies."

In an interview Monday on CNN, King said he stood by his remarks. King said, "I meant exactly what I said," and noted that he delivers the same message to countries in Europe.

"We need to get our birth rates up or Europe will be entirely transformed within a half a century or a little more," King said.

King said he wants Americans to promote its own birth rate and culture to avoid the same fate.

When asked whether he is promoting a kind of white nationalism, King said the debate isn't about advancing a particular race but rather advancing American culture and Western civilization.

"First of all, I do not agree with Congressman King's statement," Kaufmann said in a press release. "We are a nation of immigrants, and diversity is the strength of any nation and any community."

Most members of the House were still back in their home districts Monday, muting reaction from King's colleagues. But a couple of Florida Republicans took to Twitter to voice displeasure at his remarks.

"Get a clue, @SteveKingIA. Diversity is our strength. All looking alike is such a waste. A travesty. I wanna be me. All others are taken," said Rep. Ileana Ros-Lehtinen.

Rep. Carlos Curbelo, who was born to Cuban exiles who fled Fidel Castro's regime in the 1960s, asked King via Twitter: "What exactly do you mean? Do I qualify as "somebody else's baby?" #concernedGOPcolleague"

King is known for making racially charged commentary. Last year, at the Republican National Convention, King questioned contributions to civilization by nonwhites. In 2013, he described children in the country illegally as having "calves the size of cantaloupes because they've been hauling 75 pounds of marijuana across the desert."