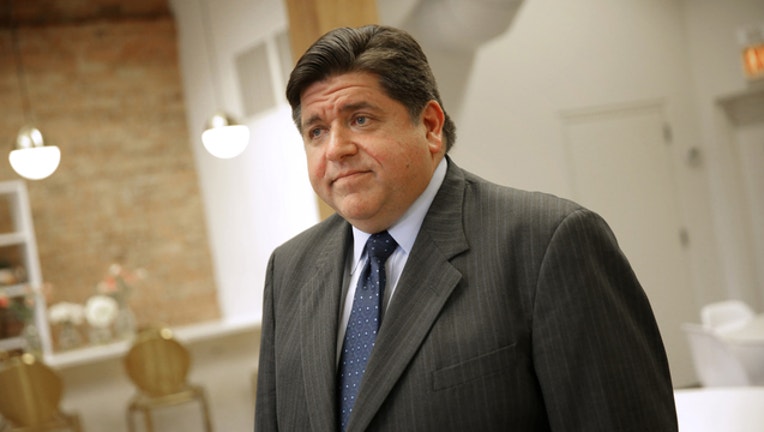 SPRINGFIELD, Ill. - Republicans on Thursday called it “shameful” that Gov. J.B. Pritzker is floating a budget plan that ties more than 40% of promised education funding to voter approval of his coveted tax-structure overhaul.

Educators agreed planning for the coming school year would be difficult under the Democratic governor's proposal. It promises the expected minimum $350 million boost to schools, but there's a catch. Classrooms would never see $150 million of it if a constitutional amendment to adopt a graduated income tax fails at the ballot box in November.

“He is trying to tell the state of Illinois, if you want to fund things that are important to you, then you have to go along with my political agenda and I think that's a false choice,” Assistant House Republican Leader Avery Bourne of Morrisonville said at a morning Capitol news conference. “It's a shameful tactic to use, rather than talking about what we can afford to spend.”

The centerpiece of Pritzker's 2018 campaign, the income tax plan would hit heftier incomes at higher rates and produce $3.6 billion in additional annual revenue, according to advocates.

As collection ramped up, nearly $1.4 billion would be available in the second half of the next fiscal year, which ends in June 2021. That's the amount Pritzker has included in his budget plan as “reserves” that only materialize with the income-tax switch, including the $150 million education-funding carrot.

That leaves school boards across the state wondering whether to anticipate spending based on a $200 million allocation or roll the dice and plan on the $350 million boost promised in a 2017 education-funding revamp. Once budgets are set and students answer the bell, it's very difficult to adjust budgets.

“If additional revenues come in November or December, there's no time to develop any strategies to improve classroom instruction,” said Tony Sanders, CEO of school district U-46 in Elgin, the state's next-to-largest. “You can’t hire staff on a promise another $150 million. You can’t lower class size ....

"You're talking about people, and you're not going to be able to hire people for the second half of the year."

Sen. Andy Manar, a Bunker Hill Democrat who helped craft the 2017 evidence-based funding model, said the schoolhouse apprehension is no different than in any other year immediately following a gubernatorial budget unveiling. Manar said Pritzker made the case for a $350 million allotment and “there's multiple paths to get that done.”

Designed to prioritize state funding for the neediest school districts in terms of academic achievement and the ability of local property wealth to provide financial support, the law sets $350 million as the minimum annual state contribution to make it work, but if it's lower, schools most in need still get an influx.

Ben Schwarm, deputy executive director of the Illinois Association of School Boards, agreed that there's a lot of legislative debate to come before the General Assembly's May 31 scheduled adjournment. And if lawmakers put $350 million in a budget bill they send to the governor, it would be difficult for Pritzker to veto it.

But approval of Pritzker's plan as it stands would ensure only $200 million for schools when the fiscal year begins July 1. School boards will react accordingly, Schwarm said.

“They'll go with what they think might be coming,” Schwarm said. “They're prudent in the way they do that and they're going to go with the lower number.”