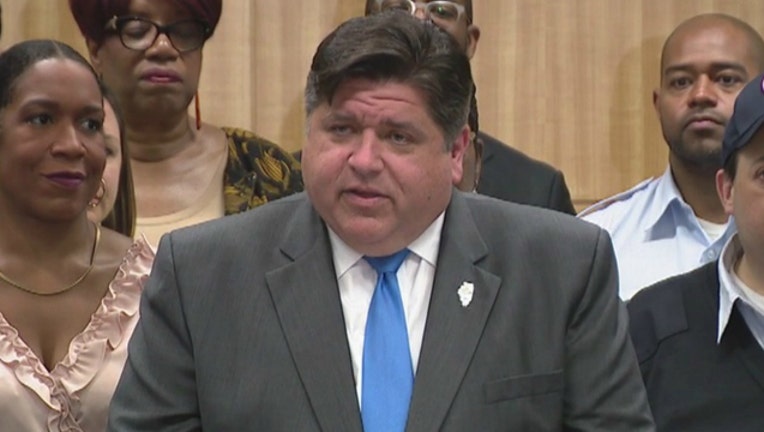 SPRINGFIELD, Ill. (AP) - Illinois Gov. J.B. Pritzker says he's thankful that the state has not suffered a mass shooting like those over the weekend - without mentioning two mass killings in the past decade.

The Democrat was asked Monday in Chicago about the shootings in El Paso, Texas and Dayton, Ohio, which left a total of 31 dead.

He made no mention of the Feb. 15 shooting at an Aurora warehouse that killed five or the one at Northern Illinois University in DeKalb on Feb. 14, 2008 that left five dead.

Pritzker spokeswoman Jordan Abudayyeh (a-boo-DAY'-uh) says Pritzker was referring to shootings involving white nationalists "and could have made the point more clearly."

Pritzker did note that Chicago is beset by deadly gun violence.