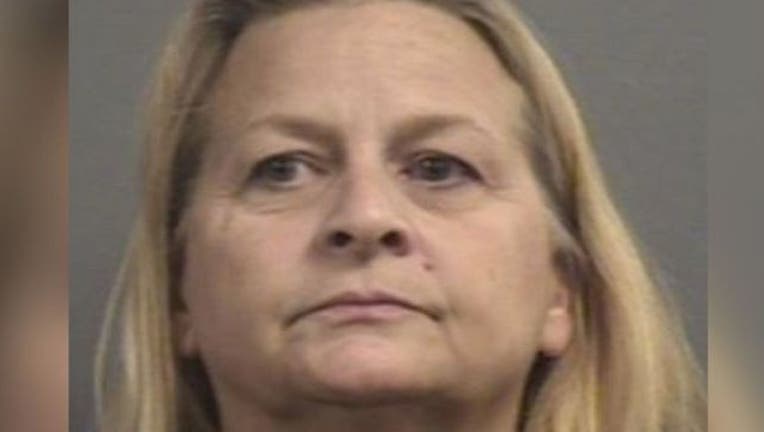 Frances Joyce Bailey allegedly entered the school Oct. 18 by closely following two students who had been buzzed into the building, WDRB-TV reported. Police charge that Bailey threw the nude photos on the floor of the girls’ restroom, then exited the school and tossed more of the photos on the ground near the school parking lot.

Bailey allegedly took the photos from her son’s phone without his consent.

The woman appearing in the nudes, whose son attends the high school, had recently filed an emergency protective order against Bailey’s son, according to Wave 3 News.

The Jefferson County Public Schools system issued a statement claiming that the photos were “up for just a few minutes” before students “took them all down” and reported them to administrators.