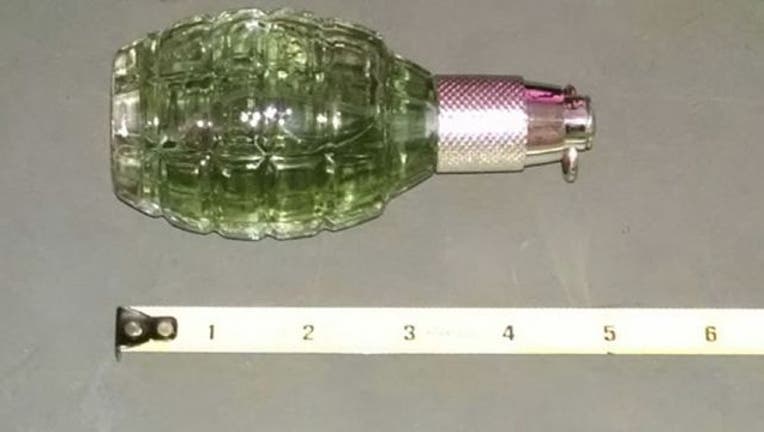 CINCINNATI (AP) - A suspicious item that prompted a Cincinnati courthouse evacuation turned out to be a perfume bottle shaped like a World War II grenade.

Hamilton County Sheriff Jim Neil told reporters that the bottle was shaped like a "pineapple" hand grenade and was in a woman's suitcase.

The building was evacuated around 8:30 a.m. Tuesday and then closed for the rest of the day after a suspicious item was noted in a security screening.

Sheriff's official Jim Knapp said earlier that something "didn't look right" in the screening. A bomb-sniffing dog was brought over, and authorities evacuated the courthouse based on its response.

Neil says that he isn't sure what prompted the dog's response. He says no charges are expected.