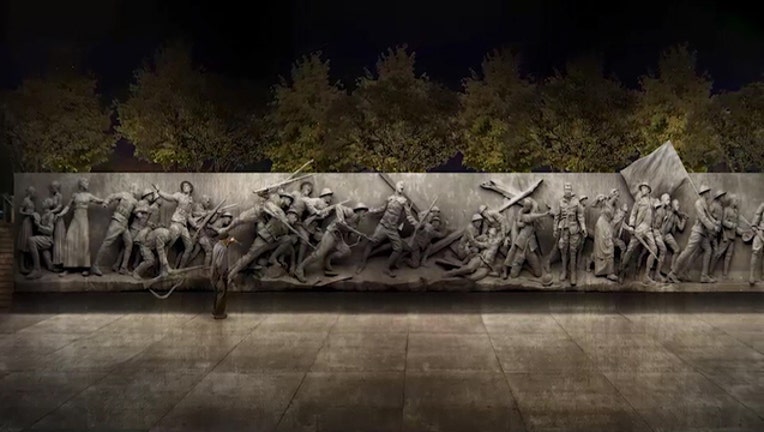 WASHINGTON, DC - One hundred years ago, over 100,000 American lives were lost in the "War to End All Wars" -– more than Vietnam and Korea combined.  World War I is the only war that does not have a memorial in Washington, D.C., but that’s about to change.

The United States WWI Centennial Commission is set to honor all of those who served and made the ultimate sacrifice in "The Great War," with their own monument.

A groundbreaking ceremony was held on Thursday at the memorial's site, Pershing Park, named after  senior United States Army officer during the WWI, General John J. Pershing.  The ceremony included the shoveling of dirt from the Meuse-Argonne battlefield in France, site of biggest military battle in which the U.S. was ever involved.

“It has been a tragedy that the millions of veterans of the Great War have not been memorialized in the the nation’s capital. Today, this ceremonial groundbreaking service starts the process of erecting a memorial, here in Pershing Park, alongside their leader," said Terry Hamby, Chairman of WWI Monument Commission.

The U.S. WWI Centennial Commission is a Congressional Commission created in 2013 to provide
public outreach, education programs, and commemoration events for the American involvement in the war.