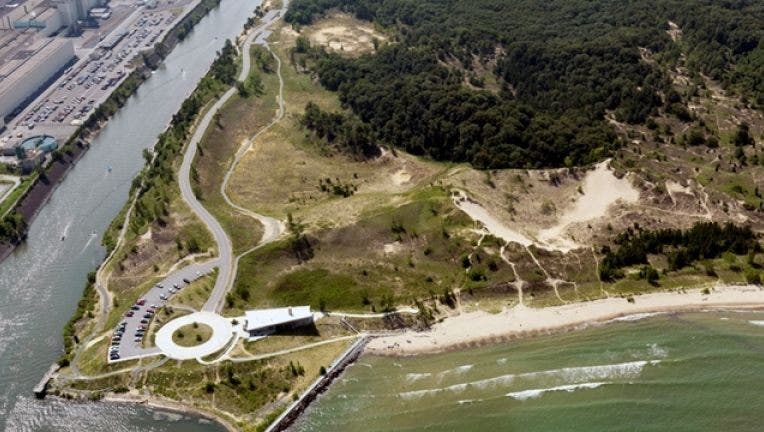 HAMMOND, Ind. - The leaders of 18 environmental and civic groups have joined a push for U.S. Steel to face tougher penalties over a spill of hazardous substances from a northwestern Indiana plant into Lake Michigan.

The groups, which include the Alliance for the Great Lakes, Save the Dunes and the Hoosier Environmental Council, submitted a letter to a federal judge in Hammond arguing that the fine of about $600,000 included in a proposed settlement with the U.S. Justice Department is inadequate.

“The proposed civil penalty ... does not reflect the seriousness, duration or magnitude of egregious (pollution) permit violations” at U.S. Steel’s Midwest Plant in Portage, Indiana, said the letter dated Dec. 18.

Federal officials reached the settlement with U.S. Steel last year in response to an April 2017 spill at the plant into the Burns Waterway, a Lake Michigan tributary about 30 miles (48 kilometers) east of Chicago. That spill involved the release of 902 pounds of hexavalent chromium, a toxic heavy metal that the U.S. Environmental Protection Agency has said might be carcinogenic if ingested, while the plants was permitted to discharge about a half pound per day, according to court documents.

The spill prompted the temporary closure of several beaches in and around the Indiana Dunes National Park and a water treatment plant at nearby Ogden Dunes temporarily stopped drawing water from from the lake as a precaution.

The Justice Department in November asked U.S. District Court Judge Theresa Springmann to move ahead with approving the settlement, saying that it included “stringent and detailed requirements related to the operation and maintenance of the facility.”

The city of Chicago and the Surfrider Foundation environmental group, which have sued U.S. Steel over the spill, also have objected to the deal. Chicago’s lawyers argue in a recent court filing that the fine is “actually too low to deter additional violations,” including smaller spills that have happened at the plant since the settlement was announced in April 2018.

Springmann hasn’t set a date for deciding whether to approve the settlement.

The protesting environmental groups also want the company to face specific requirements for notifying the public about any future spills and more robust monitoring of hazardous substances released from the plant.

“It is of grave concern that this revised Consent Decree will not deter another spill into Lake Michigan or bring U.S. Steel into compliance,” their letter to the judge said.