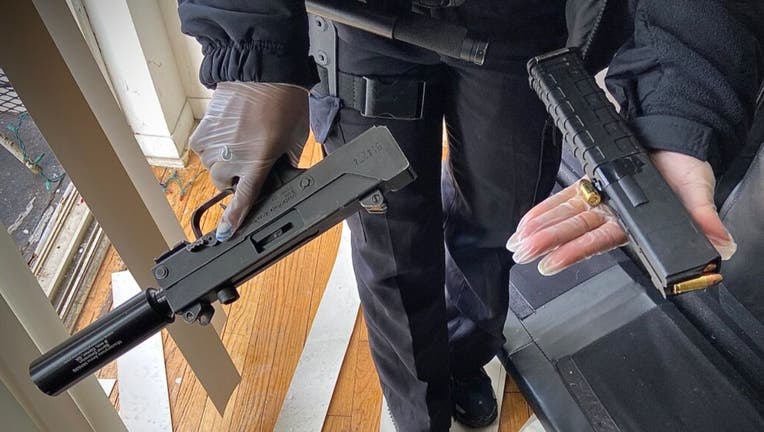 CHICAGO - A man and woman were arrested after one of them shot the other during an argument Thursday in the Chicago Lawn neighborhood.

The man, 30, went to the University of Chicago Medical Center in good condition, police said. The woman was uninjured.

Officers recovered two guns from the apartment where the shooting happened, police said.

On social media, police shared a photo of one of the guns, a 9mm pistol with a 30-round magazine and suppressor.