CHICAGO - What started out as a Kickstarter campaign led to an Oscar win for a Chicagoan.

His life story alone could be a film. We're talking about a guy who went from Loyola Academy to the NFL and is now an Oscar winner.

“Hair Love” is a story about learning to love yourself, even the most tangled parts. The film portrays the struggle of a black father, attempting to style his daughter's hair while his wife is in the hospital.

"About 4 years ago I came across this really awesome image. Looked like an Afro-Brazilian father. He had a young black daughter sitting on his lap,” Cherry said. “She was just looking up at him with so much adoration."

Cherry started a Kickstarter campaign to bring his big idea to life.

"I said I have an Oscar-worthy film idea. Short film idea. And I was looking for some 3D artists to help make it come to life,” he said. 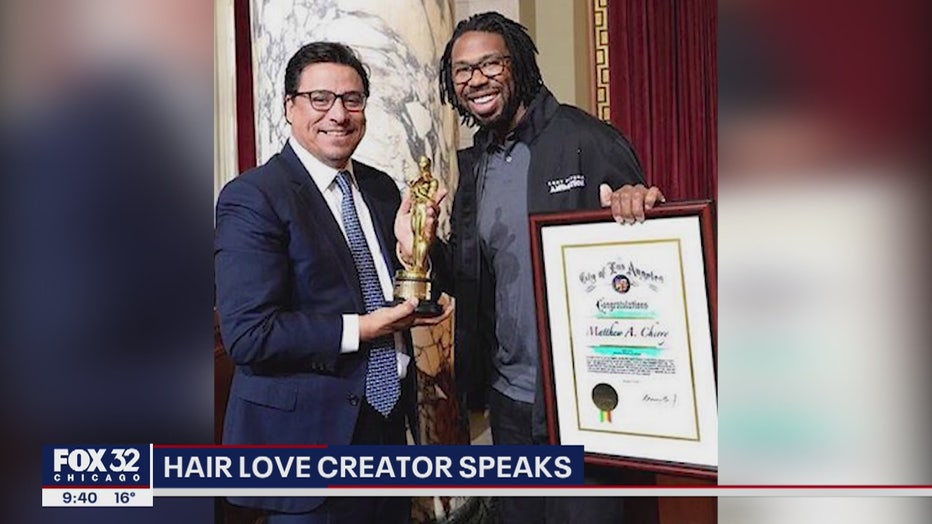 The campaign raised over $300,000, paving the way for a former footballer to become an Oscar winning filmmaker.

However, it wasn't just any film. It became a platform.

"In mainstream media, black fathers always get a really bad representation, you know? They're always depicted as deadbeats or not present, whereas studies have shown that black fathers are among those most involved in their kids’ lives," Cherry said.

Sony Pictures Animation picked up "Hair Love" and it was adapted into a New York Times bestselling children's book. It has been watched more than 23 million times on YouTube.

"In a perfect world you do it, so you leave the world a little better for people that come up behind you,” Cherry said.

In his Oscar acceptance speech, Cherry promoted “The CROWN Act.” It's legislation that would protect against discrimination based on hairstyles or hair texture and it extends to the workplace, housing and schools.