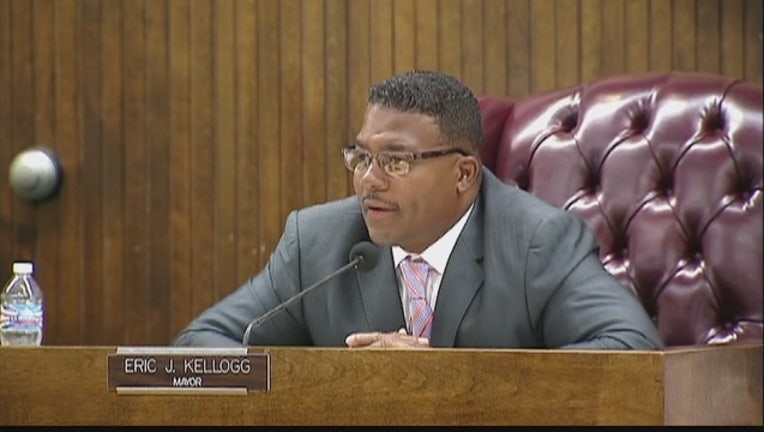 “Through the 2008, 2009, and 2010 Bond Offerings, Harvey engaged in a scheme to divert bond proceeds for improper purposes,” according to the complaint filed by the Securities Exchange Commission. “As part of the scheme, Harvey made misrepresentations and omissions to investors about how bond proceeds would be used and the risks associated with investments in Harvey’s municipal bonds.”

The purported purpose of the bond offerings was to provide funding to develop and construct a Holiday Inn Hotel, the SEC alleges. The bonds were to be repaid from tax revenue streams dependent upon the existence of the hotel, such as Harvey’s hotel-motel tax and sales tax.

But instead of using the money raised through the bond offerings on the hotel project, city officials diverted at least $1.7 million in investors’ money into the city’s general operation accounts, including payroll, the SEC said.

“As the result of the scheme to divert bond related proceeds, the Hotel Redevelopment Project has turned into a fiasco for bond investors and Harvey residents. According to news reports, the proposed Holiday Inn hotel and conference center stands as an unfinished decrepit shell,” said the SEC court filings.

Kellogg, mayor since 2003 and an alderman from 1991 to 2003, is liable for fraud because he “exercised control over Harvey’s operations” and “signed important offering documents that Harvey used to offer and sell the bonds,” the SEC alleges. When the SEC subpoenaed the mayor to appear before commission staff to answer questions, under oath, about the hotel project, Kellogg asserted his Fifth Amendment privilege against self-incrimination.

“Investors were told one thing while the city did another, and Kellogg was in a position to control the bond issuances and prevent any fraudulent use of investor money. His days of participating in muni bond offerings are over,” LeeAnn Ghazil Gaunt, chief of the SEC Enforcement Division’s Public Finance Abuse Unit, said in a statement.

In agreeing to settle the charges, Kellogg did not admit to any wrongdoing. The settlement is subject to court approval.

“This matter is now behind us and we can now move forward,” city spokesman Sean Howard said in a statement. “This was a civil suit in which the Mayor has agreed to the civil penalty. The Mayor has given his attorney the monies agreed upon. The attorney will await the process in which the SEC will detail as it relates to the delivery of the fined amount.”