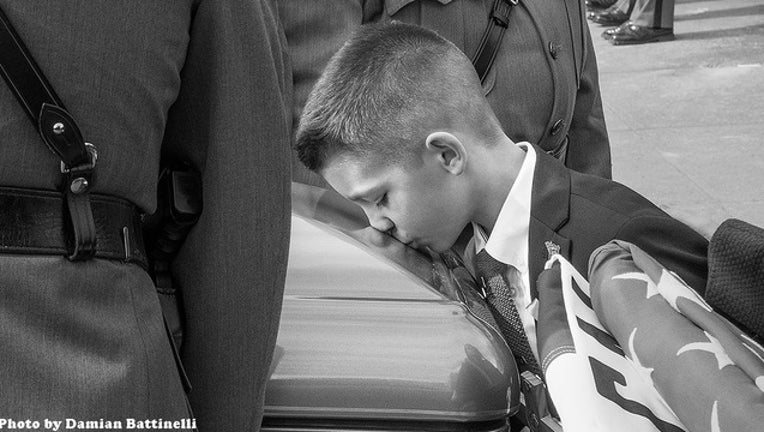 NEW YORK (FOX5NY) - It was a powerful and heartbreaking moment as a son said goodbye to his dad, one of the latest victims of the 9/11 attacks.  A funeral was held Monday for State Trooper Brian S. Falb.

Trooper Falb passed away from an illness stemming from his assignment at the World Trade Center site following the terrorist attack on September 11, 2001.

He was assigned to New York City to aid in the search and recovery efforts after the terror attacks brought down the twin towers at the World Trade Center.

Falb, like many other rescue workers, developed cancer from exposure to toxic materials at the scene.

Battinelli says that 9/11 cancers, "NEED to be talked about."  He says there is help through the WTC Health Program but may people are unaware of the services.

Hundreds of police officers from around the country came to honor their fallen brother at the funeral.