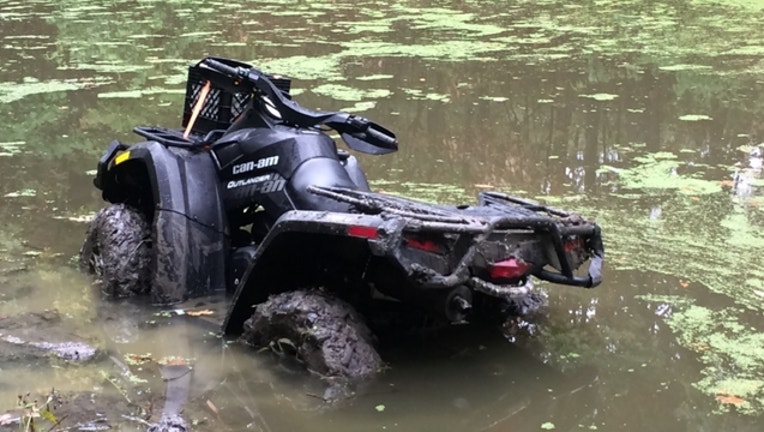 A Hebron woman died when she became pinned underneath an ATV in a pond Tuesday near her home in northwest Indiana. | Indiana Department of Natural Resources

SUN TIMES MEDIA WIRE - A Hebron woman was killed in an all-terrain vehicle crash Tuesday near her home in northwest Indiana.

Denise Fabian, 53, was found dead by her husband about 6:40 a.m. Wednesday, underneath an ATV in a pond near the 100 block of South County Road 725 West, according to a statement from the Indiana Department of Natural Resources.

When Fabian’s husband got home from work Tuesday evening, he noticed his wife and their Can-Am ATV were not there, the statement said. He was not concerned because it was common for Fabian to take the all-terrain vehicle to visit friends in the area. But, when he woke up to go to work Wednesday morning, she was still not home and he contacted family to help look for her.

Investigators believe that sometime between 5 a.m. and 7:30 a.m. Tuesday, Fabian left on the ATV, possibly to look for a family pet, the statement said. She drove the ATV down a hill toward a pond behind their home, but because a brush was blocking the trail, Fabian tried to turn around by pulling the ATV up a steep incline.

The angle of the incline caused the ATV to roll over backwards into the pond, pinning Fabian underneath, the statement said.