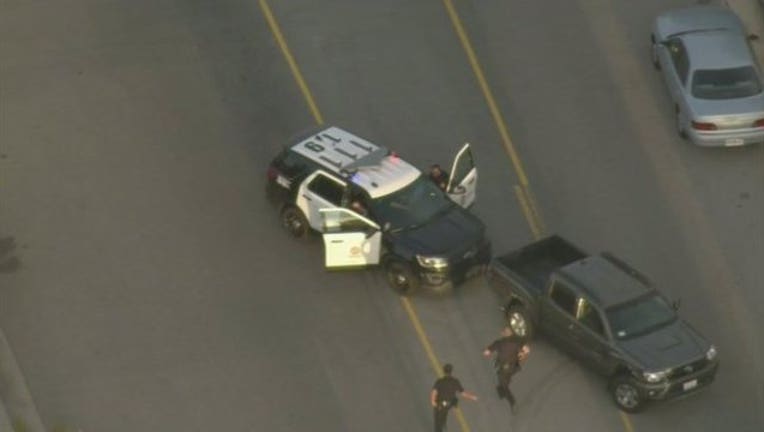 LOS ANGELES (CNS / FOX 11) - A suspected carjacker was arrested in Canoga Park Sunday after leading authorities on a high-speed pursuit and apparently trying to steal a police vehicle at the end of the chase.

The suspect drove off in the stolen vehicle, which contained some of the victim's personal property, Emerich said. There was no one else in the car, he added.

The chase initially began on the westbound Simi Valley (118) Freeway near the San Diego (405) Freeway, Emerich said. The suspect led police to Simi Valley, but eventually returned eastbound, he said.

The chase, broadcast live on local news channels, ended up on the streets of Calabasas and finally Canoga Park, where a pursuing police vehicle performed a pit maneuver to force the suspect to stop.

The driver got out of the vehicle and appeared to be surrendering, but then tried to get into the driver's side of one of the police vehicles, Emerich said.

Officers were able to tackle her and take her into custody, he said.

She complained of pain and was transported to an area hospital with unknown injuries, Emerich said.