Powerful winds cause house to collapse on Chicago's West Side

Wet weather and high winds caused quite the mess Wednesday across Chicagoland.

CHICAGO - Wet weather and high winds caused quite the mess Wednesday across Chicagoland.

Along Wilmington Road, five miles from Peotone, winds traveling 60 miles per hour forced an 18-wheeler on its side. The operator of the semi says he’s driven for his employer more than a decade and never experienced an accident like this.

"I couldn’t believe it," said Marcin Strama. "I was driving like 55, and a car was behind me pushing me to drive faster, but I slowed down … the winds kicked me from the left side … and boom. Good thing I was wearing seatbelt."

Then on the West Side in East Garfield park, a building under construction collapsed. It happened around 5 p.m. in the 2700 block of West Jackson Blvd.

The three-story frame house had been under construction for a couple of months. Neighbors say winds in the area intensified right before the collapse occurred. 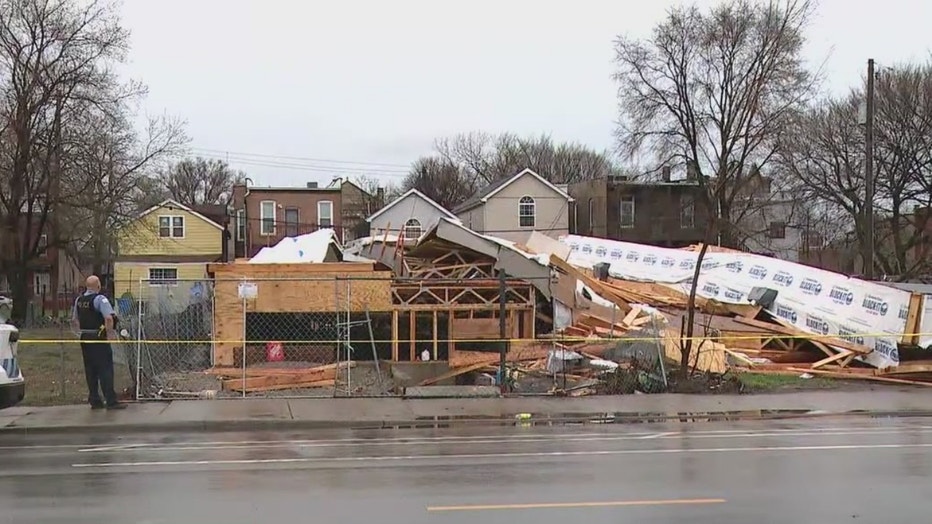 "It was like a big gust of wind, and almost like a sonic boom … and so my neighbor who stays right next door said Jay the building gone. That’s when I came out and made the phone call (to police) because I mean, somebody could have been there," said neighbor Jay Bellinger.

Fortunately, no workers were near the structure at the time and there were no injuries.