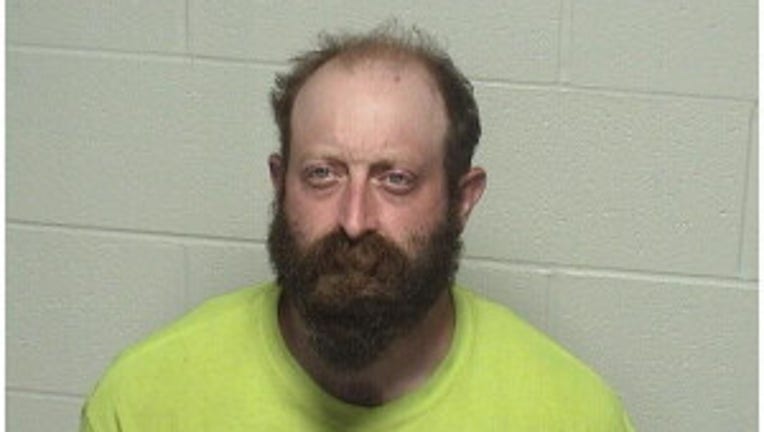 HIGHWOOD, Illinois - A 40-year-old man of Highwood is facing multiple charges of child pornography after Lake County officers executed a search warrant at his residence in the north suburban township.

Thomas Keller faces felony charges of possessing, reproducing, disseminating and soliciting child pornography, according to the Lake County State’s Attorney’s Office. He is also charged with felony possession of methamphetamine, aggravated use of a weapon and sexual conduct with an animal.

Highwood police and the Cyber Crimes division of the Lake County State’s Attorney’s Office started investigating Keller after receiving “disturbing information” as part of an ongoing child exploitation investigating, police said, and a search warrant was executed at his home in the 300 block of Grove Avenue Thursday morning.

At the same time as the search warrant, officers conducted a traffic stop and a loaded gun was found in Keller’s vehicle as well as less than one gram of methamphetamine, police said. Keller has a registered FIOD card, but not a conceal carry permit.

During the search of his home, officers found over ten hard drives in a safe which contained hundreds of files of child pornography, police said. In at least one of the videos Keller allegedly recorded sexual conversations with minors under the age of 13 on the internet, then shared videos of other children performing sex acts.

Officers also found more methamphetamine and a video where Keller was allegedly having sexual contact with a dog in his home, police said.

Keller appeared in bond court Friday and was ordered to be held on $750,000 bail, police said. If able to post bail, he will be required to remain on a 24-hour curfew and have no contact with any minors.

“Crimes like this one that specifically prey on children are some of the most disgusting crimes we face in our office,” said Lake County State’s Attorney Michael Nerheim. “My office – and personally as state’s attorney – will work tirelessly to prosecute these offenders to the fullest extent allowed by law. I want to recognize the hard work put in by my staff and all the officers and departments involved in this case.”