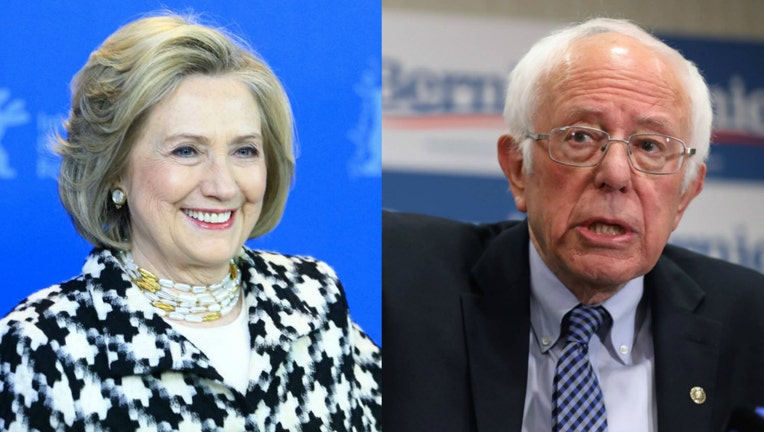 In an interview on ABC's "Good Morning America" with host Linsey Davis, the former 2016 presidential candidate said that her opinion of Sanders and his campaign has not changed.

In the upcoming four-part docuseries "Hillary" -- set to be released this Friday -- the former senator and first lady said "nobody" liked Sanders or wanted to work with him and that he "got nothing done."

"He was a career politician. It's all just baloney and I feel so bad that people got sucked into it," she said.

Clinton also responded to Sanders' altered position on the number of delegates needed to clinch the Democratic nomination. Sanders has said that if he makes it to the 2020 Democratic Convention with the most pledged delegates, he should be the nominee, a marked change from his stance four years ago.

"My reaction is, let’s follow the rules,” Clinton said. “We’ve got rules. We had rules last time and we have rules this time. I think it’s always a good idea to follow the rules. Everybody knew what they were when you got into it.”

In addition, Clinton told Davis that she was concerned that Sanders' potential nomination could ruin the liberal party's chances of keeping its majority in the House of Representatives or flipping the Republican-held Senate.

“Change is hard, it’s not glamorous, it doesn’t fit into a soundbite and yet the people who were elected in 2018 are out there doing the people’s work,” she said. “I think we ought to be more understanding and realistic on what it takes to get change in this big, complicated, pluralistic democracy of ours.”

The democratic socialist is widely expected to have a delegate lead after the Super Tuesday races. He's a fan-favorite in California, which will hand out over 400 delegates.

That said, it's uncertain whether Sanders will secure the 1,991 delegates he needs to take him all the way before a convention.

Former Vice President Joe Biden handily won the South Carolina primary on Saturday and is also hoping for a strong result on Tuesday as a number of other, notably more moderate, Democrats rally to support him -- an effort Sanders has rejected as a "massive effort" from the party's "establishment" trying to stop his momentum.

Clinton said there's a long way to go in the race and she's not offering an endorsement at this time.

“Today is obviously a big day,” she said. “I’m just watching and hoping that we nominate whoever is the strongest candidate to take out the current incumbent. That’s the only thing that really matters at the end of the day.”