An inmate at Orient Road Jail in Tampa is facing new charges after he was caught on surveillance video punching a deputy. Warning - some may find this video disturbing.

TAMPA, Fla. - A Hillsborough County detention deputy is recovering after he was violently attacked by an inmate, Sheriff Chad Chronister said Wednesday.

According to the sheriff, Deputy Robert Hoban was attempting to move an inmate, Michler Gabriel, from one area of the jail, known as a pod, to another.

Surveillance video recorded the interaction between Hoban and Gabriel as, according to the sheriff, Gabriel said he wanted to bring his hairbrush with him. Hoban wouldn't let him and Gabriel can be seen punching the deputy in the face, then continuing to try to beat him.

Another deputy can be seen running over to restrain Gabriel and Hoban gets back to his feet to help.

"One of the reasons I'm so proud is these deputies deal with this every day," said Chronister. "These are extremely violent individuals that are in our housing unit and they handle these individuals day-in, day-out."

Gabriel was in jail on a series of mostly drug-related charges, including armed trafficking. He's also been arrested about 40 previous times dating back to 2000. 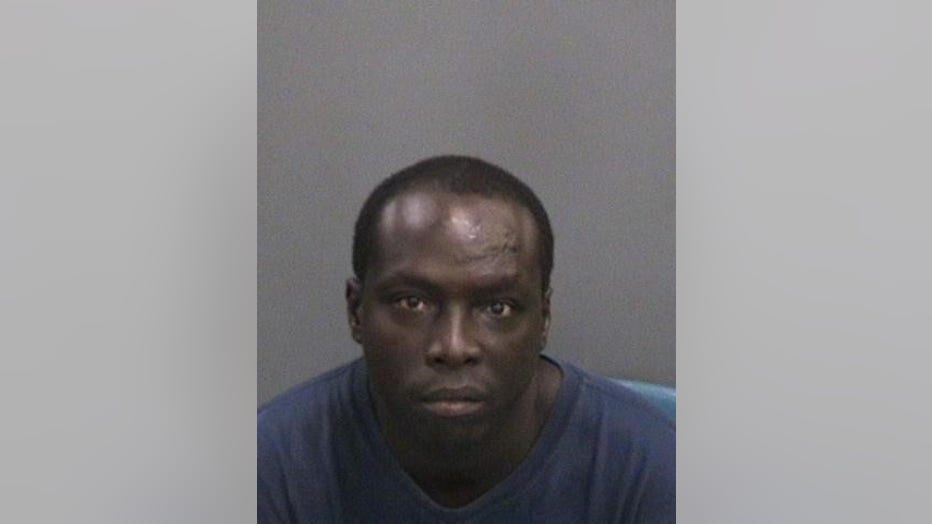 Joe Rojas, Southeast Regional Vice President at the Council of Prison Locals, which is the union for corrections officers, said this might be a different group of guards but the video still hit home.

"I was stunned. That's the kind of work that we do in corrections. You always have to be aware," he said.

Rojas had immediate concerns when he saw the video regarding the manner in which Gabriel was being moved.

"[He] should have been handcuffed. I don't care if the guy is in jail for singing too loud in a choir. An inmate is an inmate and you always should use precaution. Because these things happen at all times," Rojas said. "They're dangerous. They're in an orange jumpsuit for a reason. Whether they're going to visitation, whether they're being transferred or they're going to a special housing unit in segregation, they always should be handcuffed."

Sheriff Chronister said Gabriel had never been violent in jail and the department policy does not require all inmates to be restrained during moves like this.

"We just don't have the number of incidents to show that, 'hey, we need to spend that amount of time restraining prisoners,'" the sheriff said.

Chronsiter sais Gabriel will now be restrained at all times and is currently in confinement.

Hoban suffered minur injures to his face and head but is expected to return to work later this week.