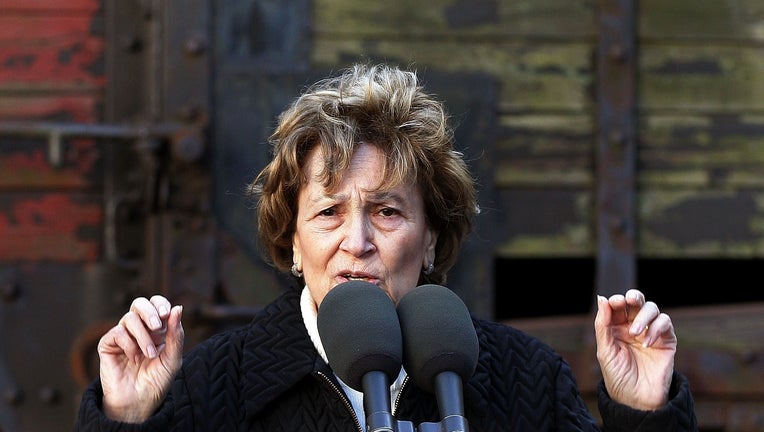 SKOKIE, Illinois - Fritzie Fritzshall, an Auschwitz concentration camp survivor who lead the Illinois Holocaust Museum and Education Center in Skokie, has died. She was 91-years-old.

When she was 13, Fritzshall was taken to Auschwitz-Birkenau extermination camp. She was rescued by the Russian army while on a death march from the camp.

Fritzshall lost her mother, two younger brothers and other family members in the Holocaust.

In 1946, Fritzshall came to Skokie and reunited with her father, who worked for Vienna Beef and had come to America before the Holocaust to provide his family with money from abroad. Fritzie married a U.S. veteran of World War II who had been a prisoner of war in the Pacific.

After neo-Nazis threatened to march through the streets of Skokie in the late 1970s, Fritzshall and other survivors established the Holocaust Memorial Foundation of Illinois.

Illinois Gov. JB Pritzker wrote on Twitter: "My friend, is gone... She embodied the decency and kindness she implored from others. She was strong, faithful & caring. A fundamentally good person is gone today. I miss her already."

Former Chicago Mayor Rahm Emanuel tweeted: "We’ve lost a great one, Fritzie Fritzshall, a survivor of Auschwitz and the Holocaust, who not only showed her character by surviving, but in dedicating her life’s work to education about one of humankind’s greatest atrocities."