NAUGATUCK, Conn. - A Connecticut man accused of murdering and dismembering his 11-month-old daughter was arrested on Friday after two weeks on the run, according to police.

Christopher Francisquini, 31, was taken into custody around 3 p.m. Friday by Waterbury Police. He is accused of killing his infant daughter Camilla on Nov. 18 in their Naugatuck home.

He is charged with murder with special circumstances and risk of injury to a minor, and had his bond set at $5 million.

According to the Naugatuck Police Department, Camilla was choked, stabbed and dismembered in the home. 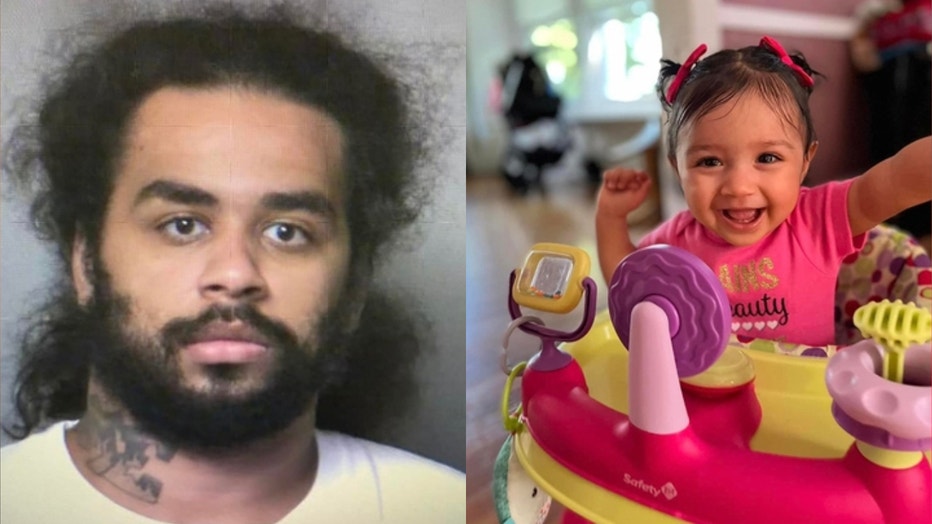 Francisquini then got into an argument with the baby's mother, who at the time was unaware that her daughter was dead. Francisquini allegedly destroyed the mother’s cellphone, removed a GPS tracking device from his ankle and fled from the residence in a 2006 gray Chevy Impala.

The car was later found abandoned on Interstate 91, police said.

Camilla’s body was discovered by a family member. Her cause of death was determined to be from neck compressions and stab wounds.

"Francisquini’s capture is a clear example of what can be accomplished when community members work with law enforcement to take dangerous individuals off the street," the Naugatuck Police Department said in a statement. "Within 28 hours of asking the public’s help, he was taken into custody without incident and will now face justice."

Video released by Waterbury Police shows Francisquini at a bus stop surrounded by about a dozen officers with their guns drawn. Officers yell at him to get on the ground. He follows the order and is then swarmed and cuffed.

A Connecticut man accused of murdering and dismembering his 11-month-old daughter was arrested on Friday after two weeks on the run, according to police.

Police said the arrest was made after a concerned citizen called the anonymous tip line. The caller told police that Francisquini had changed his appearance, but could still be recognized.

The FBI was offering a $10,000 reward for information leading to his arrest and conviction.

Naugatuck police have requested that residents wear pink during the town’s tree-lighting ceremony on Saturday night for what would have been Camilla’s first birthday.