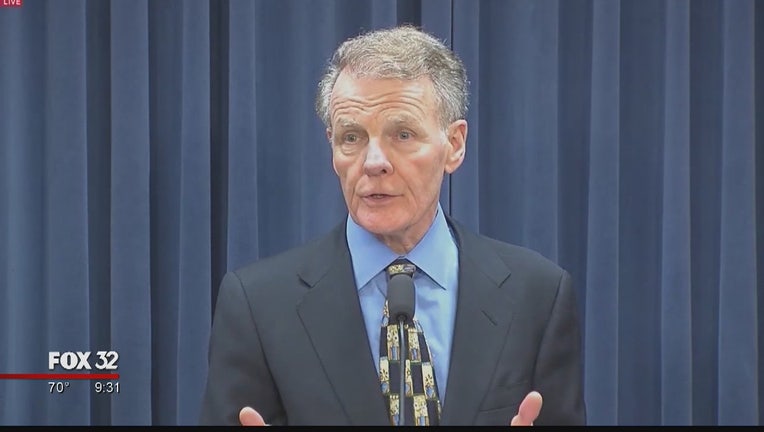 CHICAGO - House Speaker Michael Madigan says he will be a candidate for re-election come January.

This, despite a growing loss of support from democratic legislators.

On Thursday, Illinois Gov. J.B. Pritzker said taxpayers “don’t deserve a political circus”  when he gave Madigan a choice: Answer questions about a federal bribery investigation which implicates him, or give up the gavel after three decades of iron-grip control.

Madigan has been implicated in a ComEd bribery case, but not charged.

He has held the speakership for all but two years since 1983.

In the full statement, Madigan said:

"The decision on the next speaker of the Illinois House will be made at a caucus, after a full discussion of the issues facing our state and the qualifications of the candidates. I plan to be a candidate for speaker, and today I confirmed that I continue to have support from a significant number of House Democratic caucus members."