Ald. Howard Brookins Jr., (21st) announced Wednesday he plans to retire from the City Council at the end of his term.

CHICAGO - Ald. Howard Brookins Jr., (21st) announced Wednesday he plans to retire from the City Council at the end of his term.

Brookins has served as alderman of the 21st Ward, representing the Auburn-Gresham and Washington Heights neighborhoods, since 2003.

He is one of roughly a dozen aldermen who have announced they will not seek re-election in 2023.

"For the 19 years that I have served alderman of the 21st ward, I have walked in the footsteps of my father and I took pride in modeling servant leadership for our beautiful communities," Brookins said in a statement. "I am thankful for having the trust of my community as we worked together to provide greater economic opportunity and prosperity for our people." 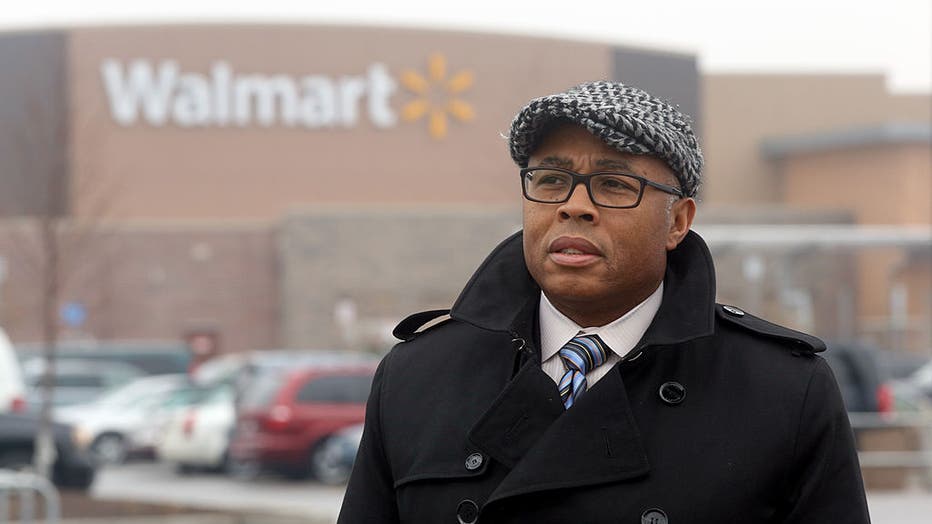 Alderman Howard Brookins Jr. is pictured at the Walmart store in his ward in the Chatham neighborhood on the South Side of Chicago Tuesday, Dec. 3, 2013. (Photo by Brett T. Roseman for The Washington Post via Getty Images)

Brookins called "major wins" for his South Side ward.

They include affordable housing, Starbucks and other "new retail options and a new charter school." A criminal defense attorney on the side, Brookins was also instrumental in securing reparations for the torture victims of disgraced and convicted former Area 2 Chicago Police commander John Burge.

Brookins also waged a marathon quest for a Walmart supercenter at 83rd and Stewart Avenue in Chatham, only to be leapfrogged by Ald. Anthony Beale (9th) in the Walmart sweepstakes.

Brookins is the son of former state Sen. Howard Brookins Sr. He is also the chairman of the Transportation and Public Way Committee, a role he said he will occupy until the end of his term.

"I will remain politically active and available for guidance and counsel, particularly for young Democrats who will bring our ward and our city into a more just future," Brookins said in a statement. "I have faith in their leadership and history shows us that the Black movement works best when the new generation takes over at the right time. I believe now is that time, at least for our community here in the 21st ward."

Earlier this year, Brookins was instrumental in convincing Mayor Lori Lightfoot to scrap plans to forfeit $18 million in revenue by offering a temporary reprieve from her own gas tax hike in favor of doling out gas cards and Ventra cards to Chicagoans squeezed by skyrocketing prices at the pump.

Brookins said he understood the mayor’s motives in trying to match the giveaways that millionaire businessman and mayoral challenger Willie Wilson has bankrolled out of his own personal fortune.

But, Brookins argued — successfully — that that motorists needed "significant relief," and that "cynics" would slam the idea.

Other alderpersons and union leaders also urged the mayor to steer clear of the temporary tax waiver, fearing it would deprive the city of sorely-needed revenue and, potentially, delay capital projects bankrolled by the gas tax.